Three-year-old 'JC' was discovered by a local family with hypothermia after getting caught in the wrong current.

An endangered turtle who washed up in Donegal two years ago is being flown to Gran Canaria on Wednesday.

The loggerhead sea turtle first discovered in Donegal in 2019 will soon find sanctuary at Tarifa Wildlife Recovery Centre via an Aer Lingus flight.

Rain and thunderstorm warning extended to include 15 counties

END_OF_DOCUMENT_TOKEN_TO_BE_REPLACED

The now three-year-old Julius Caesar, or ‘JC’, was found washed up on a beach in January of 2019 when he was just nine months old.

The turtle was thought to have been "caught up in the wrong current" and swept along the gulf stream. He was suffering from hypothermia and weighed just a few hundred grams when he was found by a local family. 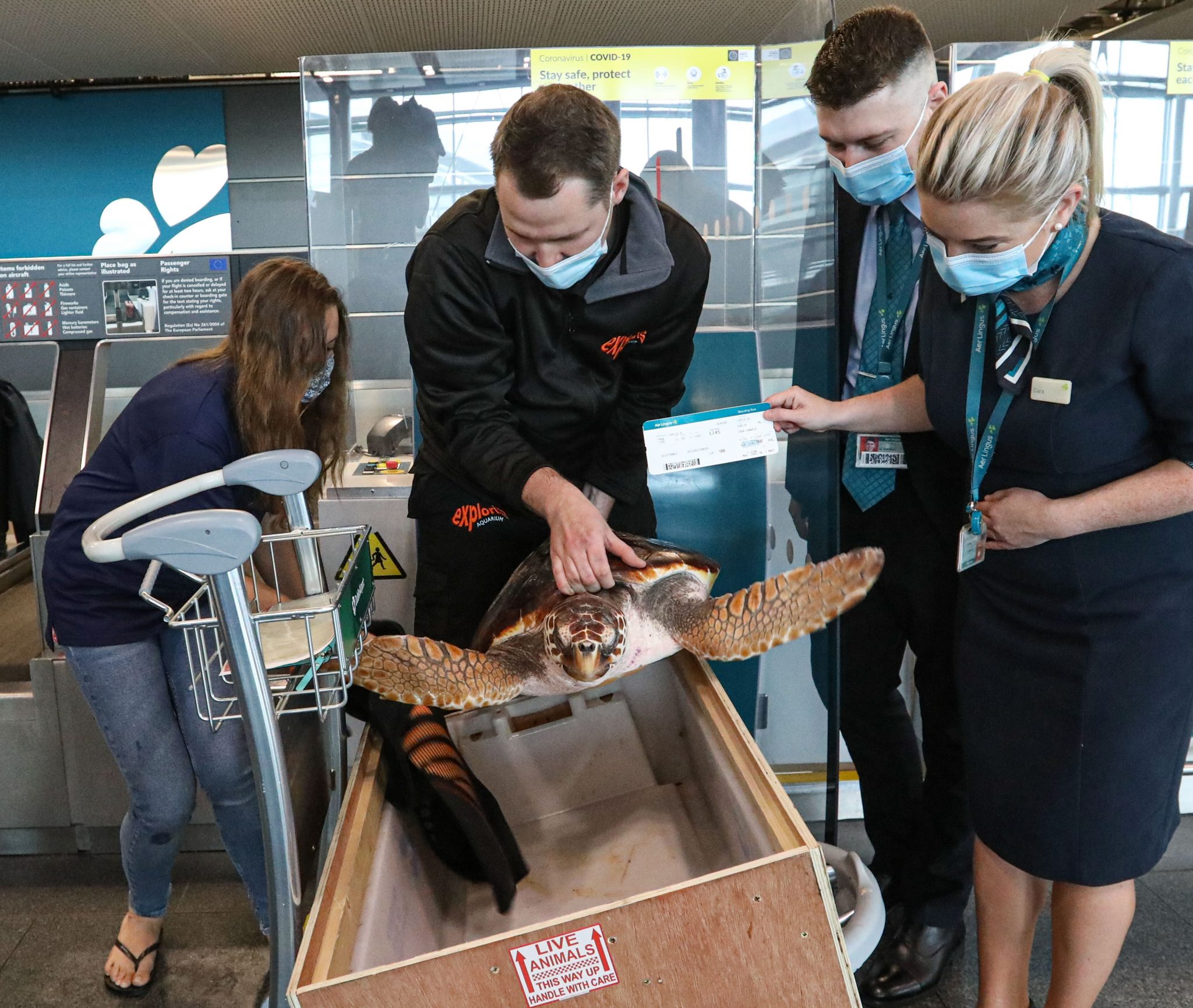 END_OF_DOCUMENT_TOKEN_TO_BE_REPLACED

The family brought the turtle to Exploris Aquarium in Down where he has since been recuperating in a tropical tank as the loggerhead turtle's natural habitat is warm shores.

Covid-19 restrictions previously prevented the repatriation efforts but JC, now weighing 25kg, will today travel south to the Canary Islands on Aer Lingus flight EI 782, captained by Peter Lumsden. The turtle will be transported in a specially designed waterproof crate, accompanied by his minder Portia Sampson. 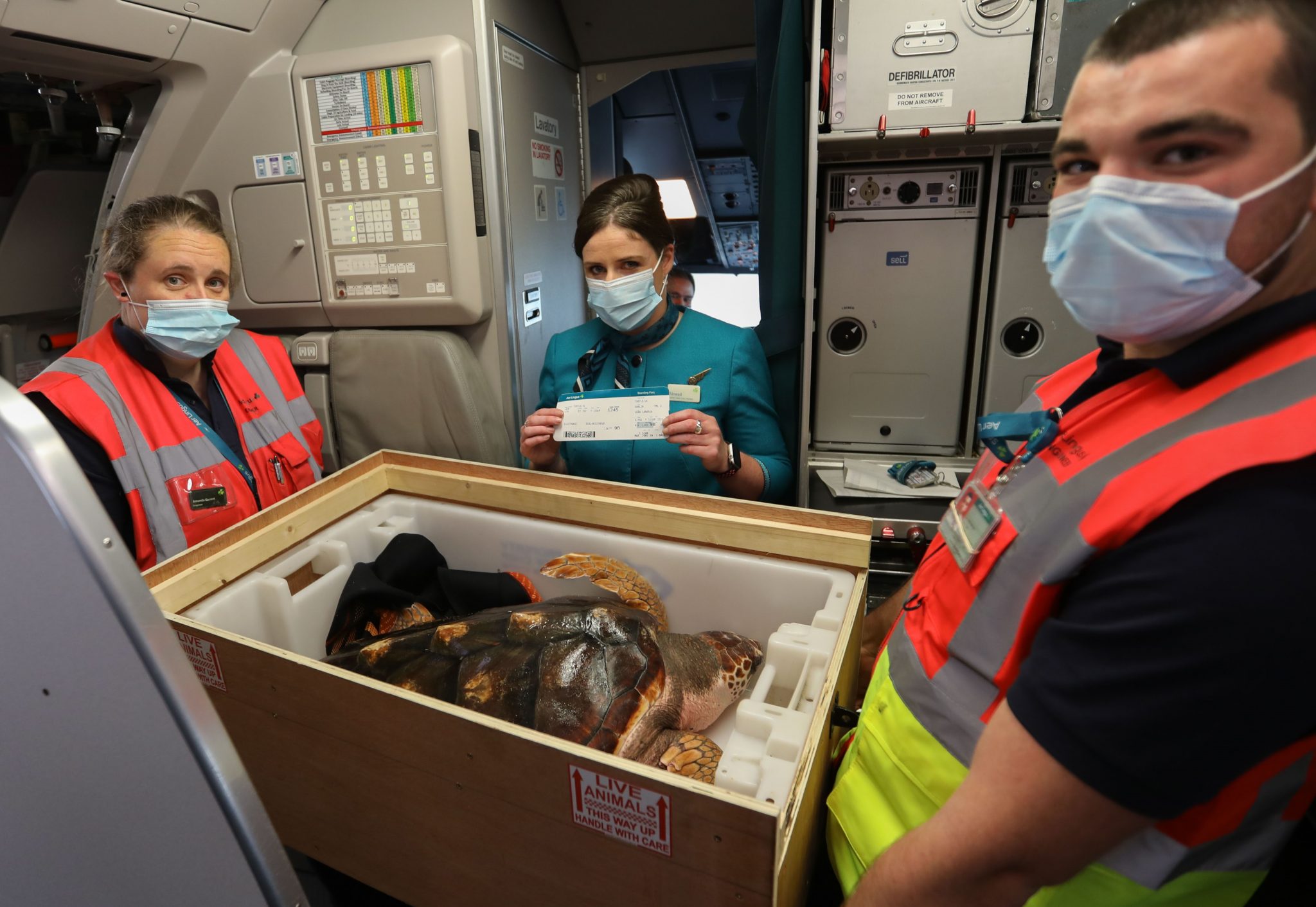 END_OF_DOCUMENT_TOKEN_TO_BE_REPLACED

“It is our pleasure to welcome aboard a very special passenger today and to ensure the safe transportation of JC the Turtle to Gran Canaria," Aer Lingus pilot Captain Peter Lumsden said on Wednesday.

"Like all of us on the flight today, I’m sure he is looking forward to the warmer climate upon landing.”

JC will be under the care of veterinarian Pascual Calabuig of the Tarifa Wildlife Recovery Centre when he lands in Gran Canaria who will oversee his acclimatisation to the warmer weather before releasing JC back into the sea later this week.