This is easily the best idea a local councillor has ever had...

Irish towns need to attract as many tourists as they can these days and one Ennis Town Councillor has had an idea that could see a huge influx of extra visitors, if it goes ahead. Brian Meaney, a founder member of the Green Party, proposed two motions to boost tourism in the Clare town earlier this month.

The Clare Champion report that the first, to get a sign put up to indicate where 'the stone outside Dan Murphy's door' is, a reference to a song sung by The Dubliners among others, was broadly welcomed. 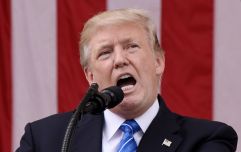 END_OF_DOCUMENT_TOKEN_TO_BE_REPLACED

The other wasn't quite as well received, even if it was the best idea we've heard in ages. The famous Christmas Special of Fr Ted (A Christmassy Ted) is probably best known for the scene where Ted, Dougal and a few other clerics get lost in Ireland's Largest Lingerie Section.

That scene was shot in a branch of Dunnes Stores in Ennis and Councillor Meaney reckons that a sign should be erected to direct tourists to the location.

With the popularity of 'Ted Tourism' on the west coast, Meaney reckoned the town could bag itself some extra visitors if they acknowledged their place on the show's history, even if the famed section is now the fruit and veg part of the store.

While some councillors declared 'no interest' in the idea, the clerk asked the councillor to do more 'on-site research' on the subject.

Councillor Meaney also spoke to Clare FM on the matter, where he said that Dunnes had not responded to his enquiries but he added that the council had passed the motion so the matter was now up to the executive of the council and Dunnes themselves.

We attempted to contact Councillor Meaney to see how he was getting on but we were unable to reach him on his mobile. We wish him the very best of luck in his quest.

popular
Amazon Prime Video has just added 16 big movies to its library
Several people killed after crush at Africa Cup of Nations match
QUIZ: We bet you can't get full marks in this extremely frustrating geography quiz
WATCH: The trailer for this celebrity murder mystery improv comedy looks incredible
"It will be with me until I die" - Charlie Bird opens up about "loveliest gesture" from Daniel O'Donnell
A new law now prevents employers using tips to ‘make up’ rates of pay on contracts
One person killed and three wounded in lecture hall shooting in Heidelberg
You may also like
5 years ago
PIC: These rules for using the toilet in the Olympic village are very strange
7 years ago
Pic: These Welsh rugby fans are going to be in trouble with their wives
7 years ago
Carlin Isles signs for Glasgow Warriors, could make debut against Leinster
8 years ago
Pic: Santi Cazorla and Robert Pires pose with a sign that Spurs fans won't like at all
8 years ago
Brilliant Father Ted sign in Lahinch urges caution following storm damage
8 years ago
Pic: George Bush was put in an unfortunate seat at Nelson Mandela's memorial service
Next Page