The Commission believes that Ireland could protect public health through "less restrictive measures".

The European Commission has written to the Irish Government to express concerns regarding the country's mandatory hotel quarantine system and its relation to EU law. 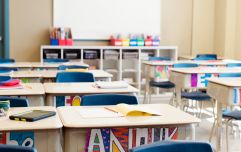 END_OF_DOCUMENT_TOKEN_TO_BE_REPLACED

On Friday, European Commission spokesperson Christian Wigand said the branch had concerns regarding whether the system in Ireland was proportionate and non-discriminatory.

He revealed that the Commission has written to Irish authorities on the matter and that they have ten days to respond.

Wigand said: "The Commission has concerns regarding this measure in relation to the general principles of EU law, in particular proportionality and non-discrimination.

"We have been in contact with the Irish authorities during the past days on this matter.

"Today, the Commission sent a letter to the Irish authorities asking for clarifications on this matter and on the criteria used to determine the designated countries."

He added: "The Commission believes that the objective pursuit by Ireland, which is the protection of public health during a pandemic, could be achieved by less restrictive measures.

"Also, clear and operational exemptions for essential travel should be ensured. We invite the Irish authorities to align more closely their measures taken with the provisions of the council recommendation that member states have agreed upon together in October and updated earlier this year."

The @EU_Commission has concerns regarding the mandatory hotel quarantine in #Ireland for travelers from 5 EU Member States. Today we sent a letter to Irish authorities asking for clarifications. The objective pursued by Ireland could be achieved by less restrictive measures. pic.twitter.com/wcRQVP2Xh4 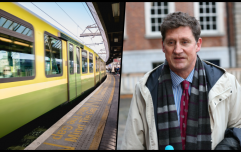 END_OF_DOCUMENT_TOKEN_TO_BE_REPLACED

On Thursday, Irish Foreign Affairs Minister Simon Coveney said he believed mandatory hotel quarantine was the "right thing to do" to try to keep concerning variants of Covid-19 out of Ireland.

His comments came after the Minister was reported as being against a recent move to add more countries to the mandatory hotel quarantine list, as well comments from his brother, businessman Patrick Coveney, which criticised the system.

Minister Coveney added that the Government is facing legal challenges "every day" from people who are in the mandatory hotel quarantine system and that it is important to make sure the system is "legally sound".