All of a sudden, the Democratic Unionist Party are in government.

Speaking after her Friday afternoon visit to Buckingham Palace to meet Queen Elizabeth II, Theresa May indicated her intention to form a government with the support of the DUP.

After calling a General Election to "strengthen her hand" ahead of Brexit negotiations, May's Conservative party have wound up with eight fewer seats and with those EU talks looming in 10 days the embattled Prime Minister had to act fast. 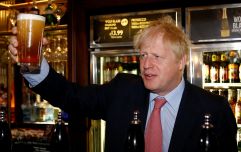 END_OF_DOCUMENT_TOKEN_TO_BE_REPLACED

"Our two parties have enjoyed a strong relationship over many years," said May.

"And this gives me the confidence to believe that we will be able to work together in the interests of the whole United Kingdom."

The front page of Friday's Evening Standard (edited by former Chancellor and no friend of May, George Osborne), does rather sum up the chaos that once more grips UK politics

And here's our final edition today @EveningStandard - says it all pic.twitter.com/Ju8W2ZC6tM 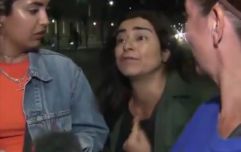 END_OF_DOCUMENT_TOKEN_TO_BE_REPLACED

Having won seven seats, Sinn Féin are expected to continue their long-held policy of not attending Westminster.

A DUP source told the Guardian: “We want there to be a government. We have worked well with May. The alternative is intolerable. For as long as Corbyn leads Labour, we will ensure there’s a Tory PM.”

popular
The 50 most iconic songs of all time* have been revealed
Clint Eastwood's final western is among the movies on TV tonight
Amazon Prime Video has quietly added 10 big new movies to its library
The best memes from this year's Late Late Toy Show
The JOE Movie Quiz: Week 130
The Toy Show DJ brothers have been offered their very first gig
QUIZ: Name the films referenced by The Simpsons
You may also like
2 years ago
Bill passed to extend Brexit deadline to January 2020
2 years ago
British government to ask Queen to suspend Parliament weeks before Brexit deadline
2 years ago
Youth Parliament to be convened this November in Dáil Éireann to address the climate crisis
2 years ago
British MPs have rejected an amendment to push back 29 March Brexit date
4 years ago
WATCH: Kay Burley sums up everyone's fears about the DUP in the mother of all questions
4 years ago
WATCH: Jeremy Corbyn celebrates election 'win' with an epic-fail of a high-five
Next Page