Despite decades of allegations, it is only now that action is being taken. The Paris Archdiocese has confirmed that Anatrella will appear before a church court over allegations of sexual crimes.

RTÉ says it's "disappointed" with termination of partnership with Dublin Pride

END_OF_DOCUMENT_TOKEN_TO_BE_REPLACED

Anatrella was an official adviser for the Vatican on matters of human sexuality, reports The National Catholic Reporter. Throughout his tenure, he was renowned for his 'therapy' that he claimed allowed him to convert homosexual people. French dioceses often sent gay men to Anatrella as he was particularly skilled in helping people repress their sexuality.

Details on the coming trial are scarce due to religious hearings being kept extremely secret.

The 2012 impostor prize is awarded to Tony Anatrella ! A priest who made us believe to be a psychologist. #mariagepourtous #mensonge 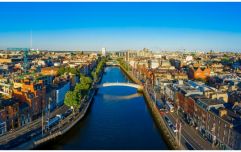 END_OF_DOCUMENT_TOKEN_TO_BE_REPLACED

The former priest was banned from ministering by Paris Archbishop Michel Aupetit in 2018. This meant he could not celebrate Mass, hear confessions, practice therapy, or conduct public speaking with approval from the Archbishop. The French church repeatedly dismissed allegations as far back as 2006. Some were due to a "lack of evidence", but Daniel Lamarca eventually turned to the church directly.

He claimed that Anatrella told him that he could cure homosexuality by having sex with the afflicted. The assault of a 14-year-old minor is prevalent in the case, but details are yet to be revealed. Anatrella has a long history of homophobia, something he perpetuated from within the church. Writing in L’Osservatore Romano, the Vatican's newspaper, Anatrella wrote at length his feelings towards the LGBTQ community.

Breaking: Archdiocese of Paris opens canonical trial of Msgr. Tony Anatrella, suspected of sexual abuse of his patients as psychotherapist.

What did he think of gay people? 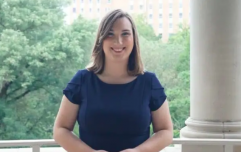 Delaware elects first openly trans woman to the US Senate

END_OF_DOCUMENT_TOKEN_TO_BE_REPLACED

He insisted they be denied positions within the church, but that is only the tip of the iceberg. He also said that Queer people had a plethora of problems, including "exaggerated, affective choices", "a narcissistic position in front of a community that disturbs even to the point of dividing it", "relations with authority based on seduction and rejection", a "limited vision of truth", and "relational and intellectual confusion".

In 2013, as protests against same-sex marriage occurred, Anatrella was extremely vocal on his position:

"Marriage between persons of the same sex is simply ridiculous and the act doesn't inspire any esteem as it doesn't contribute at all to social relation."

Anatrella's two-decade-long abuse might finally be at an end. The exact date and proceedings of the trial have not been revealed. However, the Vatican will announce the result at some point, no doubt, through their official channels.

popular
Katherine Ryan says famous TV star is a ‘predator’ and everyone in industry knows
20 years ago, one of the best sci-fi movies of the 21st century was a box-office bomb
The JOE Friday Pub Quiz: Week 322
The JOE Movie Quiz: Week 181
QUIZ: Only the sharpest will get 100% in this General Knowledge test
QUIZ: JOE's Big News Of The Day Quiz #19
Angle grinder used to steal safe from security van in Dublin
You may also like
5 months ago
Dublin is now on the global map as one of the best places to celebrate Pride
6 months ago
2022 looks like it will finally be Hollywood’s big coming out party
6 months ago
Conversations With Friends tackles sexuality the way Normal People tackled sex
1 year ago
Loki season 2 has been confirmed by Disney
2 years ago
Disney need to start letting their gay characters be gay
3 years ago
Ireland named in 20 safest countries for LGBTQ+ people to travel to
Next Page