Did we just become citizens of the same great land!?

Between Brexit, Trump and a gazillion other reasons that are nowhere near as shitty as those first two, it's easy to see why there's been such a big increase in the number of people officially applying to become Irish citizens.

The perks of owning an Irish passport are many, with the main one being... you're Irish.

END_OF_DOCUMENT_TOKEN_TO_BE_REPLACED

One man who may already seem like a bona fide Irishman to a lot of people – just look at his surname! The wild hair! The love of sing songs in pubs in County Clare! – is the fantastically funny actor, singer and comedian, John C. Reilly.

The Hollywood star is renowned for both his superb comic output (Step Brothers, Walk Hard: The Dewey Cox Story) and his underrated dramatic work (Magnolia, We Need To Talk About Kevin), and he's made no secret of his love for Ireland in the past, with visits to the island a regular occurrence. 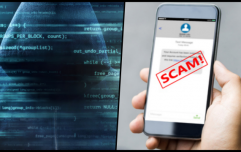 END_OF_DOCUMENT_TOKEN_TO_BE_REPLACED

It seems though, that he now wants to take that love one step further and officially become a citizen.

"I'm trying to get citizenship in Ireland right now actually, I'm not kidding!" he admitted when we talked to him about his latest funny and charming role in the hugely enjoyable Kong: Skull Island (released in Irish cinemas on 9 March).

"I'm trying to get a passport in Ireland!"

Take a look for yourself... 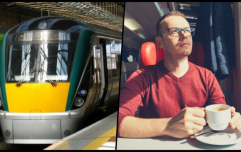 END_OF_DOCUMENT_TOKEN_TO_BE_REPLACED

However, it does seem like he's having some bother with the application at the minute, so if you're sitting in the Irish Passport Office reading this and you're the one stalling over John C. Reilly's application form, WHAT THE HECK ARE YOU THINKING!?

Pull the finger out, let the man in and let's sort out that honourary title he so rightly deserves.

Passport or no passport, John C. Reilly is making his way into Irish cinemas in Kong: Skull Island on 9 March.

Here's the terrific trailer to entertain you in the meantime...

popular
Irish Rail will no longer provide on-board snack options for foreseeable future
The six Eurovision countries with "irregular voting patterns" have been revealed
Eurovision producers reveal "irregular voting patterns" during Saturday night's final
Work more hours or get a better job to tackle cost of living, says UK Minister
QUIZ: Try out one of our trickiest General Knowledge Quizzes yet
REVIEW: Van Gogh Dublin is a truly unique cultural experience
One of Liam Neeson's best ever performances is among the movies on TV tonight
You may also like
1 month ago
John C. Reilly on why Irish audiences will love his new show Winning Time
1 month ago
An acclaimed comedy-drama is among the movies on TV tonight
1 month ago
EXCLUSIVE: John C. Reilly - "It felt like all of Ireland was hugging me"
1 month ago
Late Late Show viewers left stunned as Kellie Harrington and John C Reilly burst into song
4 months ago
An underrated western is among the movies on TV tonight
3 years ago
The Big Reviewski Ep1 is back with star guests Samuel L. Jackson, John C. Reilly & Steve Coogan
Next Page