"I wouldn't have minded to have been in the cab of Wisley's lorry when it went through those gates."

A priest in Donegal has gone viral following a surreal sermon on the topic of the lorry that drove through Russian Embassy gates on Monday (7 March).

Father John Walsh, a priest based in Buncrana, spoke about the event during mass earlier this week.

Fr Walsh in Buncrana not mincing his words about the Russian Embassy lorry! pic.twitter.com/cr2YKgoyV5

END_OF_DOCUMENT_TOKEN_TO_BE_REPLACED

"We live in absolutely wretched times, but I got a bit of a thrill yesterday when I saw Wisley's lorry being backed through the gates of the Russian Embassy.

END_OF_DOCUMENT_TOKEN_TO_BE_REPLACED

"Wisley's lorry is here in Buncrana once a month. It delivers ecclesiastical goods to us, for example, the hosts used in mass this morning.

"50 years ago, I was at the burning of the British embassy in Dublin after Bloody Sunday.

"I have no regrets about that.

"I was speaking to my brother in law, and he there, unknown to me as I didn't know him at the time, and he had no regrets about being there. 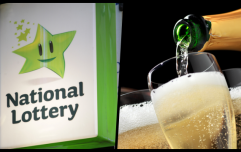 END_OF_DOCUMENT_TOKEN_TO_BE_REPLACED

"I wouldn't have minded to have been in the cab of Wisley's lorry when it went through those gates.

"May God bless you, the Father, the Son, and the Holy Spirit," Father Walsh concluded.

Russian officials have called on Ireland to apologise for the incident, and for taxpayers to foot the repair bill.

In a strongly-worded statement, Russia's Ministry of Foreign Affairs "emphasised the inadmissibility of the frank inaction of law enforcement agencies in Ireland, when such actions are committed in the presence of policemen".

The ministry also declared the "urgent need" for the Irish government to take "comprehensive measures to eliminate security threats" to the Embassy, once more citing the Vienna Convention of 1961.

In addition to an apology from the leadership of Ireland, the ministry has demanded "full compensation for the damage caused" and for an "objective investigation" to punish the perpetrators involved.

popular
County where winning Lotto jackpot ticket worth over €5.5 million was sold confirmed
Amazon Prime Video has just quietly added 15 big movies to its library
Netflix reveals full line-up of new shows and movies arriving in July
Met Éireann issues thunderstorm warning for 11 counties
Lidl announces six new warehouse clearance sales... for a limited time only
7 new and exciting Dublin attractions you need to try this summer
Friends co-creator says she's now "embarrassed" by the series' lack of diversity
You may also like
12 hours ago
One of Van Damme's best films is among the movies on TV tonight
14 hours ago
Teenage boy in critical condition following collision in Kildare
15 hours ago
Friends co-creator says she's now "embarrassed" by the series' lack of diversity
15 hours ago
Russia leaves Snake Island where guards told warship "go f*** yourself" months ago
15 hours ago
Get ready for an epic All Out Summer Adventure with these coastal trips to Mayo and Dublin
16 hours ago
Ian Bailey says he will "fully cooperate" with Sophie Toscan du Plantier cold case review
Next Page