A recent FBI investigation into the death of cinematographer Halyna Hutchins, who was shot by actor Alec Baldwin on the set of the film Rust, has been made public and the findings appear to tell a different of version events.

According the "forensic testing" report published on Friday and since obtained by ABC News, the gun used in the incident "could not be made to fire without a pull of the trigger" - an action that Baldwin maintains he did not do.

END_OF_DOCUMENT_TOKEN_TO_BE_REPLACED

He has also previously said he was assured the firearm was simply a prop or "cold gun", or a gun without any ammunition in it. The 42-year-old sadly passed away later in hospital and director Joel Souza also received treatment after being injured during the incident back in October 2021.

The FBI goes on to confirm that the gun - a .45 Long Colt caliber F.lli Pietta single-action revolver - was working, as the "internal components were intact and functional".

Speaking to the outlet back in December, only a couple of months after the accident, the 64-year-old insisted "the trigger wasn't pulled" and that he would "never point a gun at anyone and pull a trigger at them. Never."

With the hammer found to have been in quarter and half-cocked positions, the bureau clarified that the revolver "could not be made to fire" without someone pulling the trigger in a very deliberate way. 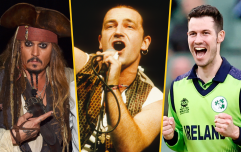 END_OF_DOCUMENT_TOKEN_TO_BE_REPLACED

They also detailed what led to the gun going off, stating that with the hammer de-cocked on a loaded chamber, the gun was able to detonate a primer "without a pull of the trigger when the hammer was struck directly," which is also said to normal for this particular type of revolver.

ABC also report that the postmortem has confirmed Hutchins' death was ruled as an accident and "caused by a gunshot wound of the chest." Authorities are now said to be awaiting the green light to look through Baldwin's phone records.