James Comey and Hilary Clinton are both in Dublin on Friday.

Former FBI director James Comey has expressed that he "feels badly" in relation to Hilary Clinton's comments that Comey was responsible for the failure of her American Presidential campaign.

Clinton had previously stated, "I would have won but for James Comey's letter on the 28th of October," referring to the letter that Comey sent to congress on the eve of the election, saying that he was re-opening the investigation into her related email scandal.

Comey was speaking on Today with Sean O'Rourke on RTÉ Radio 1 on Friday morning, promoting his new political memoir A Higher Loyalty.

Both he and Clinton are in Dublin this weekend, with Clinton set to receive an honorary doctorate from Trinity College and Comey set to speak at the Irish Film Institute in Temple Bar.

Asked what he might say were he to cross paths with Clinton, Comey hoped for something approaching a resolution between the pair.

"I've never spoken to her, I've never met her," he began.

"But if I did meet her on St. Stephen's Green I would ask her if she's had the chance to read that part of my book, just about those decisions, because I honestly don't think you can learn about those decisions and walk away thinking that we were intending to harm her in some way.

"You may disagree with the decisions, but we made them in good faith, and that's one of the things that the inspector general concluded. There was no bias. We were trying to do the right thing by the values of our institution, and I would ask her that."

Comey noted that he read Clinton's book, What Happened, which was published in 2017, and brought up the reference to Comey apparently having "shivved" her, a reference to a homemade prison knife. 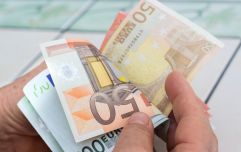 Ireland now has the fifth largest number of billionaires per capita

END_OF_DOCUMENT_TOKEN_TO_BE_REPLACED

Turning the conversation to the current crisis in America regarding child and parent separation at the border, O'Rourke asked for Comey's observations, and his guest was quick not to hold back.

"A shameful, disgraceful episode in the history of my country, utterly inconsistent with who we are as Americans" he offered.

"And if there's any good that comes out of putting children in cages, it's that the American people are awakened to just what I'm about talking about - the threat to our values.

"People need to wake up to the fact that this President and his approach jeopardises that which makes us Americans."

You can listen to the interview below.


popular
Dublin's Olympia Theatre to host Bohemian Rhapsody and The Greatest Showman sing-a-longs
QUIZ: Can you name all 14 landlocked counties in Ireland?
Gardaí warn of phone scam that could cost consumers a "small fortune"
QUIZ: How many of these Recess characters can you name?
The JOE Movie Quiz: Week 37
Here are the best movies on TV tonight
WATCH: For the first time since 2011, someone has won the Winning Streak jackpot of €500,000
You may also like
3 days ago
Study finds that cattle can talk to each other about how they feel
4 days ago
Ireland are looking for youngsters to represent us at Junior Eurovision
6 days ago
Six people dead after huge sinkhole in China swallows bus and pedestrians
1 week ago
Queen to hold crisis talks over Prince Harry and Meghan announcement
1 week ago
Iran admits it unintentionally shot down Ukranian airliner, killing 176 people
1 week ago
Iran 'mistakenly shot down Ukraine jet' says US media
Next Page