Five things you might not know about Damien Rice

He’s hit the headlines again as the man who wrote The X Factor single “Cannonball”. Damien Rice is expected to earn a seven-figure windfall from the Little Mix release, but here are five other things you might not know about the Kildare man.

1. He saw the light beneath the Tuscan sun

Rice first came to prominence in Ireland as the lead singer of the band Juniper, but left after just two singles in the late 1990s. The reason for his departure boiled down to a battle with music industry executives, who felt that the band’s music needed to be more "radio-friendly". So Damien left for Tuscany in Italy to grow lettuce and tomatoes, paint stuff and, presumably, pluck his guitar. He rediscovered the taste for music while he was there, and a recurring theme in the intervening 13 years or so has been his commitment to artistic freedom. 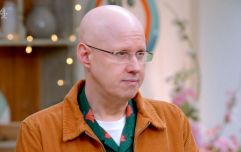 END_OF_DOCUMENT_TOKEN_TO_BE_REPLACED

Which clearly doesn’t preclude pocketing royalties by agreeing to provide the song for The X Factor winner.

2. Music runs in the family – his cousin has scored five James Bond films

Film composer James Arnold, who provided Rice with the eight-track cassette recorder on which he recorded his breakthrough 2002 album O, is a cousin of the Celbridge man.

Arnold produced a 1997 album inspired by James Bond songs from the past, which included covers by Bjork, Iggy Pop and Jarvis Cocker.

END_OF_DOCUMENT_TOKEN_TO_BE_REPLACED

Following that, former Bond composer John Barry recommended Arnold to the producers of Tomorrow Never Dies, and he has since become the go-to guy for Bond music – he scored The World Is Not Enough, Die Another Day, Casino Royale and Quantum of Solace and co-wrote main theme songs “The World Is Not Enough” (performed by Garbage) and “You Know My Name” (performed by Chris Cornell). 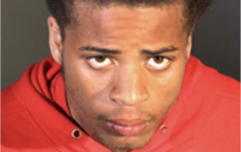 END_OF_DOCUMENT_TOKEN_TO_BE_REPLACED

“I really enjoy changes in life. Your life changes every day, no matter what. There are some people who think that nothing changes for them [but] things change, it’s just depends on how open your eyes are to see those changes. Sometimes you can spend too much time with the same thing. With a bit of objectivity you can experience and see changes in things.”

“You look at all these new buildings and new cars, and they’re not as beautiful as they were before. Nowadays we make all these things that are very plastic and cheap. You see it in Rome. The old things are incredible. The new things are just square. And we have all this money.”

“People have a lot of fear, and it’s such a pity. When I was in the band before, I was the same. I was this person who had grown up in society. And you’re told by society that you go to school, go to college, get a degree. After you get a degree, get yourself a job, have a career. Get yourself a house, get yourself a car, get married, have children, have security, have all these things that are important to life. And for me all of those things destroy life. As in what I feel is real life ... I just trust in life. I’ve been really poor sometimes and I’ve been wealthy sometimes. And I’m not happier when I’m wealthy. My happiness isn’t determined by the number of records I sell, or by whether I have a car, whether I have a house, or how much money I have.”

Rice has said in the past: "I’ve felt misunderstood my whole life. But then that’s a challenge for me, because I’m sure that I misunderstand other people as well. So I’m absolutely fine with that. I’m fine that people say something about me that’s completely wrong.

If you're wondering whether any of that is untrue, it's not - we heard him say it ourselves, as the video of the interview is on YouTube.

Rice played his part in the campaign to release Burmese democracy movement leader Aung San Suu Kyi through the Freedom Campaign, the Burma Campaign UK and the US Campaign for Burma.

He also contributed to the 2008 album “Songs for Tibet”, which supported the Dalai Lama, and then - alongside Radiohead frontman Thom Yorke and multiple award-winning composer Philip Glass - he helped to create the soundtrack to last year’s documentary on Tibet’s struggle for independence from China, When the Dragon Swallowed the Sun.

popular
Amazon Prime Video has just added 38 very big movies to its library
The start of the superhero takeover of Hollywood is among the movies on TV tonight
Ashton Kutcher opens up about rare disease that left him unable to see or walk
The Pogues’ Shane MacGowan rushed to hospital
Did you spot the explosive detail in the latest episode of The White Lotus?
Matt Lucas quits Great British Bake Off role
Rotten Tomatoes reveals the best reviewed movie of 2022
You may also like
6 days ago
Fleetwood Mac's Christine McVie has died aged 79
6 days ago
Kanye West will have to pay Kim Kardashian $200,000 a month in child support
6 days ago
11 Irish counties in the spotlight as Gardaí crack down on sex trade
6 days ago
Wealthy foreigners paid to take part in civilian hunting in Bosnia, documentary film alleges
1 week ago
Face of boy attacked by dog in Wexford is "completely destroyed", says his family
1 week ago
All-Ireland Hurling winner's medal stolen as Gardaí appeal for information
Next Page