Its pizza was described as "irregular, beautiful" and "special in every department".

A pizza shop in East Belfast has earned a perfect score from one of the UK's top food reviewers. This past weekend, Matthew Davies-Binge of Food Review Club visited Flout! in Portview Trade Centre and described it as his "perfect pizza", calling it "irregular, beautiful" and "special in every department".

Along with giving the establishment a perfect score, the reviewer said the New York-style cheese pizza he tried rivalled Lucali’s, a Brooklyn joint considered by many as the best pizza in the world.

END_OF_DOCUMENT_TOKEN_TO_BE_REPLACED

Owned by Peter Thompson - who pursued his passion for pizza after he was made redundant from his advertising job during the pandemic - Flout! has been open for just over a year.

Its title refers to Thompson's disregard for "conventional pizza", with him crediting this brazenness for his success.

"Our pizza is distinctive because everything has been born and raised in East Belfast - the dough, the place, the ethos. And that is quite unique," the owner said.

"You see pizza typically has rules, but I think rules are boring, and they promote a homogenous product. I don't want to make imported, cookie-cutter style pizza.

"Yes, I'll take inspiration from my favourite pizza shops in the US, after all, it has some of the best pizza in the world, but ultimately, I want my pizza to be unique to Belfast.

"There’s no reason why the best pizza in the world can't be made in Belfast! We have access to amazing produce from suppliers right across the island, and access to amazing equipment, and a customer base that appreciates quality."

Flout! says it focuses on "high-quality ingredients and craftsmanship", with Thompson making his own doughs. 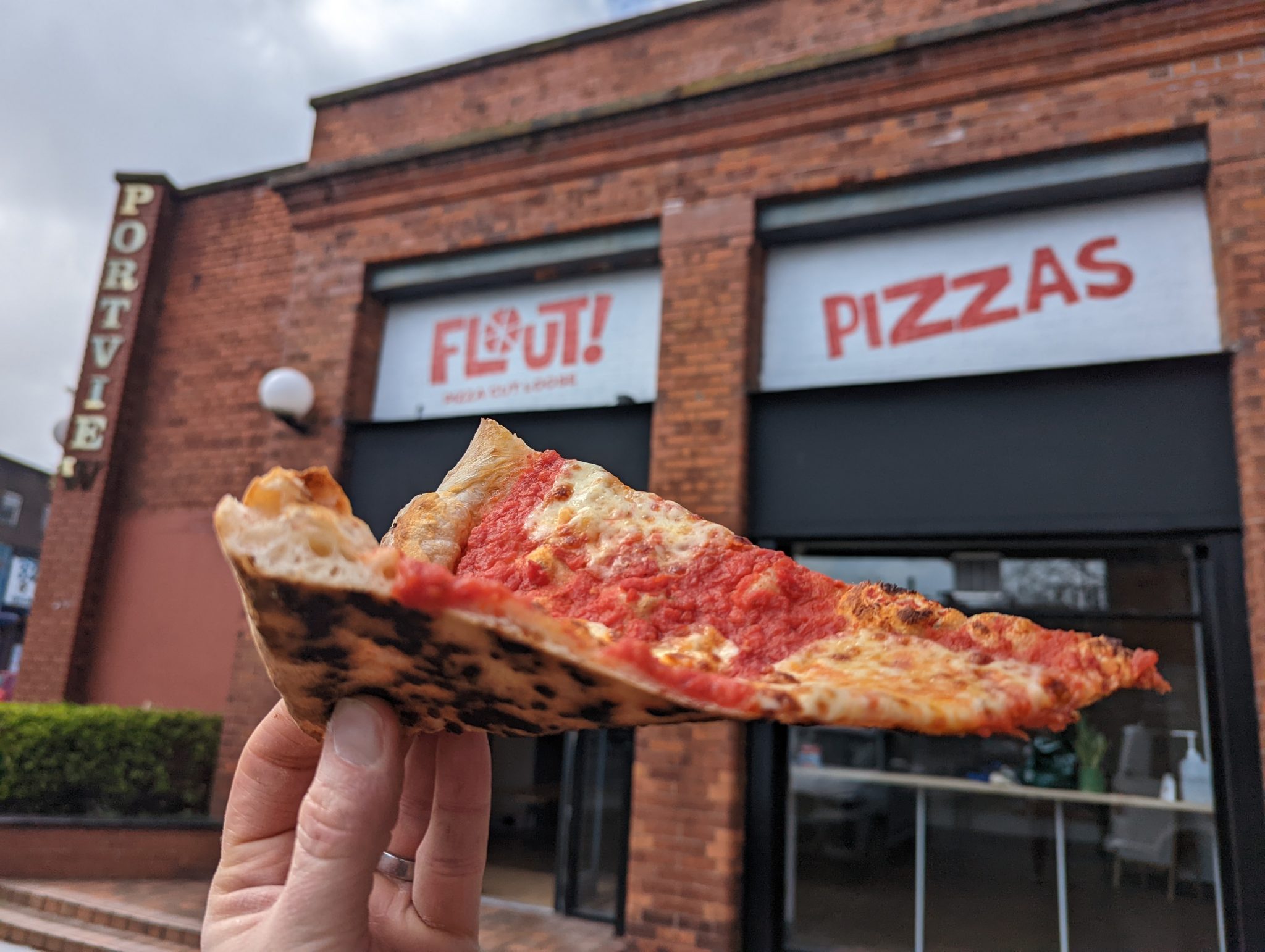 END_OF_DOCUMENT_TOKEN_TO_BE_REPLACED

The shop's dough was singled out for praise by Food Review Club, who described it as “spectacular” and “iconic” for its light and crispy texture.

"I mill my flour in the shop and use that to create my organic, sourdough starter," Thompson explained.

"That becomes our dough, which is enhanced with flours and grains sourced, grown and milled in the UK and Ireland.

"I often combine the dough with local produce to offer a product that has my thumbprint, and that Flout! distinction, all over it.

"I heavily hydrate my dough and it’s lower in protein so it’s harder to manipulate into a traditional pizza shape, but the end result is a non-negotiable for me. Same as the heavy char which has become somewhat of a badge of honour for us.”

END_OF_DOCUMENT_TOKEN_TO_BE_REPLACED

Flout! is only open 12 hours a week, a limited window that adds to customer appetite and demand.

The restaurant's menu changes on a regular basis.

You can watch the Food Review Club’s full review below.