Aaron Hernandez has been found dead in his jail cell.

The former New England Patriots star reportedly took his own life at the Souza Baranowski Correctional Center in Shirley, Massachusetts and was found unresponsive in the early hours of Wednesday morning by officers, according to a statement from the Department of Correction.

After attempts to resuscitate him, Hernandez was rushed to a nearby hospital where he was pronounced dead. 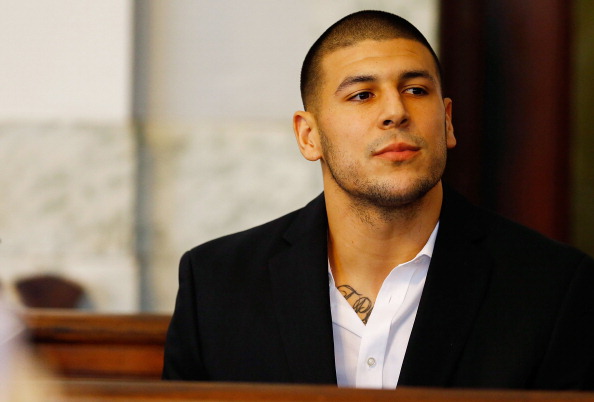 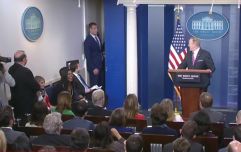 END_OF_DOCUMENT_TOKEN_TO_BE_REPLACED

Hernandez was only last week acquitted of double murder charges, as a not guilty verdict was read out on the charges of the 2012 homicides of Daniel de Abreu and Safiro Furtado.

Hernandez was already serving a mandatory life sentence for his first-degree murder of semi-professional football player Odin Lloyd in 2013, for which Hernandez was convicted in April, 2015.

The 27-year-old, who signed a deal worth $40 million with the Patriots in 2012, stood little to no chance of a successful appeal for the Lloyd murder in spite of his request for a new trial.

popular
The JOE Music Quiz: Week 117
QUIZ: You'll need to be razor-sharp to get 100% in this General Knowledge Quiz
The JOE Friday Pub Quiz: Week 307
An exciting Irish crime thriller is among the movies on TV tonight
A great underseen action thriller is among the movies on TV tonight
James May reportedly hospitalised after crashing into wall at 75mph filming new show
Record for hottest August day in Ireland ever has now been broken
You may also like
2 years ago
Rihanna turns down Super Bowl half-time show as she couldn't be "a sellout"
3 years ago
New England Patriots' owner Bob Kraft arrested as part of sex trafficking sting
3 years ago
Colin Kaepernick reaches settlement with the NFL over kneeling protest row
3 years ago
The complete spoofer’s guide to talking about Super Bowl LIII
3 years ago
The top 5 moments in Super Bowl history
3 years ago
Maroon 5 finally recruit support acts for their Super Bowl half time show
Next Page