A joint probe between French police and immigration officials resulted in raids on Chinese wholesalers suspected of importing and supplying the goods to illegal vendors. Nine people were arrested as part of the raid.

According to local media, more than 1,000 boxes of the miniature towers were seized by police.

The small souvenirs are often sold illegally at tourist hotspots around the French capital at low prices. 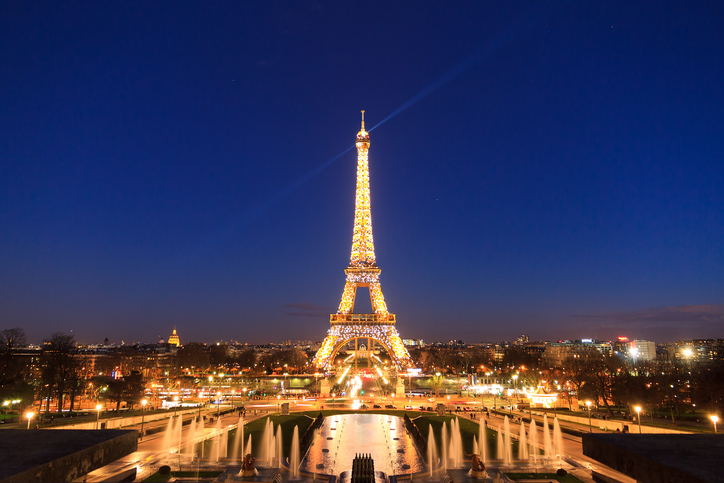 African elephants, largest of all the land mammals, can weigh anywhere from between two tonnes and seven tonnes. The average car only weighs about two tonnes. The average human weighs just 137 pounds, which is roughly 16% of a tonne. 20 tonnes is about three times as heavy as a Tyrannosaurus Rex.

So honestly, god only knows how many tiny Eiffel Statue towers these guys were actually in possession of.

The Eiffel Tower itself weighs 7300 tonnes, and was not seized.

popular
18 counties hit with weather warning as temperatures set to reach 29 degrees
Netflix has just added an incredibly tense 97-minute thriller
Pogues bassist Darryl Hunt has died, aged 72
Nearly 100 flights delayed at Dublin Airport on Monday
Public urged to conserve water as around 60 areas at risk of supply shortages
QUIZ: Can you get top marks in this short but tricky Irish geography quiz?
QUIZ: Can you name all the counties in Ireland without the letter 'E'?
You may also like
7 months ago
Over 65s in France without booster will lose Covid pass
9 months ago
France to ban plastic packaging for fruit and vegetables from January 2022
10 months ago
Marks & Spencer to pull 800 lines from Irish stores
1 year ago
France to outlaw shredding and gassing of male chicks by 2022
1 year ago
Irish woman tragically drowns in the south of France
1 year ago
“Hugely exciting” new ferry route from Rosslare to Dunkirk to begin in January
Next Page