Hundreds in attendance at Irexit political party launch in Dublin

The party claims that the EU is "fundamentally anti-democratic".

A new eurosceptic political party advocating for Ireland to leave the European Union – following directly in the footsteps of the UK – is holding a conference in Dublin on Saturday to discuss the possible benefits there would be for Ireland should it chooses to leave the EU.

The Irexit party, which intends on running candidates in the next general and European elections, has been set up by founder Hermann Kelly, former Irish ambassador Ray Bassett, UCD Professor of Economics Ray Kinsella and Paddy Manning. 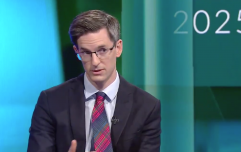 END_OF_DOCUMENT_TOKEN_TO_BE_REPLACED

Manning first made prominence back in 2015 when, as an openly gay man, he campaigned against same-sex marriage.

In an interview with Express.co.uk, Kelly said that "The Irexit Freedom party stands for taking back control of Irish affairs.

"Like Brexit, we want to take back control of our money, our laws and our borders. The EU has become a colonial master which doesn't stand up for our national interests. These people aren't our friends."

A "full house" has been recorded at Saturday's event in the capital, with a source confirming to JOE that "over 400" are in attendance.

300 signatures of people aged 18 or over are needed to officially register as a political party in Ireland. 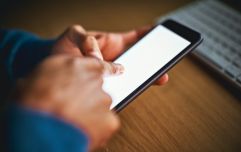 END_OF_DOCUMENT_TOKEN_TO_BE_REPLACED

Professor Ray Kinsella launched the EU Exit campaign to a group of over 200 at the Bonnington Hotel – the former Regency – on Saturday morning, arguing that leaving the EU would maintain Ireland's military neutrality.

Ireland's current defensive position, he argued, is compromised due to the membership of EU battle groups and the Permanent Structured Cooperation (PESCO) defence initiative.

PESCO is the part of the European Union's security and defence policy which allows member states to join together develop military forces, invest in shared projects and enhance their respective armed forces. It was first set out in the Lisbon Treaty.

It would potentially create one singular European Army and has been backed by EU Commission President Jean-Claude Juncker in the past.

She is awake, the Sleeping Beauty of the Lisbon Treaty: Permanent Structured Cooperation is happening. I welcome the operational steps taken today by Member States to lay the foundations of a European #DefenceUnion. Our security cannot be outsourced. https://t.co/LNACbCdeWH

Bassett is also scheduled to speak at the conference about how he believes that leaving the EU and the customs union will bring great benefits to the country of Ireland, including avoiding a hard border and maintaining steady and harmonious trade.

Nigel Farage is the president of the Europe of Freedom and Direct Democracy Group in the European Parliament alongside 42 other MEPs from seven different nations.

Six months ago, Farage was the keynote speaker at an Irexit conference held in Dublin, which saw hundreds attend the event held in the RDS.

Farage noted the brutality of the EU superstate and the complicity of the media in two of his main points. "We've done our bit," he said, noting Brexit.

In a recent Red C poll, conducted on behalf of the European Movement group, 76% of people said that they “agreed strongly” that Ireland should remain as part of the European Union.

popular
Dr Ronan Glynn says six more weeks of strict restrictions needed to prevent fourth wave
Taoiseach Micheál Martin says hotels across Ireland could reopen by June
Steven Avery's lawyer says nephew Bobby Dassey planted evidence in case
Hank Azaria feels he needs to apologise "to every single Indian" for playing Apu in The Simpsons
WATCH: Army Of The Dead gives us smarter, faster zombies (and also a zombie tiger)
Beware of the very clever WhatsApp hack that is locking Irish users out of their accounts
US to pause use of Johnson & Johnson Covid-19 vaccine "out of an abundance of caution"
You may also like
4 hours ago
Irish Erasmus students to have cost of hotel quarantine covered by the State
6 hours ago
JD Sports to open warehouse in Ireland this year after Brexit-related disruptions
7 hours ago
"Deep concern" as burning car abandoned on train track in Northern Ireland
8 hours ago
Staff shouldn't be pressured to return to workplaces, says Leo Varadkar
19 hours ago
NIAC recommends AstraZeneca vaccine should only be given to people 60 and over in Ireland
22 hours ago
No new deaths related to Covid-19 reported in Ireland, 394 new cases
Next Page