A member of An Garda Síochána has been fatally shot in an incident in Castlerea, Roscommon.

In a statement issued at 1am on Thursday morning (18 June), a spokesperson for the Gardaí confirmed that a guard had been shot shortly before midnight in the town of Castlerea.

At 6am, it was confirmed that the guard in question had died.

"It is with deepest sadness An Garda Síochána confirms the death of our colleague, resulting from fatal gunshot wounds received during an incident in Castlerea shortly before midnight on Wednesday 17 June 2020," An Garda Síochána said in a statement.

A man has been arrested in connection with the investigation, and is currently detained at Castlerea Garda Station as of this morning. 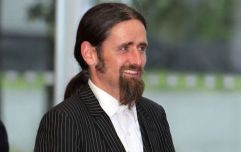 END_OF_DOCUMENT_TOKEN_TO_BE_REPLACED

An Garda Síochána stated their intention to confirm identity of the deceased once it has been confirmed that all family and relatives have been informed of the tragic occurrence.

Minister for Justice Charlie Flanagan has confirmed that the incident is being treated as a murder. Writing on Twitter, Flanagan said: "Tragic news from Castlerea this morning with the death of Garda in the line of duty. My heartfelt sympathy to his family, friends & all Gardaí. Murder investigation under way."


popular
QUIZ: Can you identify the EU countries from this list in less than 45 seconds?
Luke 'Ming' Flanagan says his account was "compromised" following Saoirse McHugh tweet
Planks are one of the worst ab exercises, says Triple H's personal trainer
The JOE Movie Quiz: Week 71
Comparing Covid-19 with 'flu "doesn't stand up in scientific terms"
Met Éireann issues weather warning for seven counties
Rapper T.I. says not eating meat is the secret to staying in shape past 40
You may also like
5 hours ago
390 new cases of Covid-19 confirmed in Ireland
6 hours ago
Man dies following a single vehicle collision in Dublin
6 hours ago
Bus Éireann to halt many inter-city services due to financial concerns
7 hours ago
Overseas travel into Ireland increased by just under 60% in August
14 hours ago
Four counties to be “looked at very carefully” ahead of possible move to Level 3 restrictions
1 day ago
430 new Covid-19 cases confirmed, no new deaths
Next Page