There's still time to get those applications in.

Due to a technical difficulty, An Garda Síochána has extended its deadline of applications to the Garda Trainee recruitment campaign.

The original deadline of Wednesday, 6 June has been pushed back to 3pm on Thursday, 7 June. 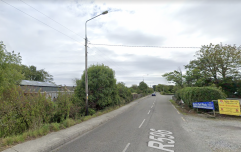 Investigation launched after body discovered on a path in Cork

END_OF_DOCUMENT_TOKEN_TO_BE_REPLACED

This latest recruitment drive is to honour the government's commitment to increase the strength of the force to 15,000 members by 2021.

If successful with their application, all new trainee Gardaí will begin the new campaign at Garda College in Templemore, Co. Tipperary from quarter 2 in 2019.

To be eligible for selection as a Trainee, an applicant must:

Full information can be found here.

popular
Nicola Bulley's phone found by the river 'could be a decoy', diving expert suggests
Teenager killed in shark attack after swimming with dolphins in Australia
Amazon Prime Video has just added 21 big movies to its library
The Last Of Us Episode Five will premiere days earlier in Ireland and UK
One of the best crime thrillers ever is among the movies on TV tonight
5 years ago, Hollywood took a massive gamble on a huge sequel... and lost big time
Shock as blues singer beats Adele, Beyonce and Taylor Swift to win Song of the Year Grammy
You may also like
4 years ago
Gardaí make seizure from "highly sophisticated grow house" in Monaghan
4 years ago
Gardaí are seeking the public's assistance in tracing a missing man in Dublin
4 years ago
Gardaí hospitalised after patrol car collides with runaway horse in Limerick
4 years ago
Gardaí issue warning about iTunes gift card scam
4 years ago
PIC: Garda stop car in Kildare and it would be easier to list the laws the driver didn't break
4 years ago
Man arrested after Gardaí seize over €2.5m in drugs from Dublin Port
Next Page