They use the words "absolute confusion", we'd probably describe it as a "shit show".

The Garda Representative Association (GRA) has said there is "absolute confusion" over the issue of the legality of pubs and restaurants serving alcohol in outdoor areas.

On Sunday, Gardaí confirmed pubs and restaurants are not legally permitted to serve alcohol in the temporary seating areas outside their premises. 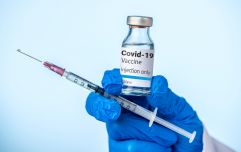 END_OF_DOCUMENT_TOKEN_TO_BE_REPLACED

This comes after the Government and local councils helped pubs and restaurants to establish outdoor seating in order facilitate an outdoor summer.

However, vice-president of the GRA, Brendan O'Connor told RTÉ's Morning Ireland the "common sense" approach was causing confusion and leaving its members facing disciplinary issues in the future.

"There is absolute confusion because there are so many different pieces of legislation and statute and it's individual Gardaí and the members we represent that would be sent out and try to police this," O'Connor said.

While the Minister is referring to discretion and common sense which is something that Gardaí would traditionally have always applied, in recent times, the message is coming to our members loud and clear in our own organisation that if you observe any breach of the law, there has to be someone made amenable.

"Our members are facing discipline and other issues in relation to it."

According to RTÉ, the Department of Justice said in a statement that premises "who continue to behave responsibly in controlling their premises should have nothing to worry about".

END_OF_DOCUMENT_TOKEN_TO_BE_REPLACED

The DoJ said there were different legal situations depending on whether by-laws are in place.

It also added that a small number of pubs have been serving alcohol outside "agreed areas" and that these would be the focus of "any Garda action in the first instance".

The Big Reviewski || JOE · TBR Spotlight: Loki - Episode Six - 'For All Time. Always.'
popular
Netflix has quietly added 12 great movies to their library today
The JOE Movie Quiz: Week 113
QUIZ: Test your all round wisdom with this general knowledge quiz
6 incredible outdoor experiences in Kildare you need to do this summer
10,000 people were vaccinated at walk-in centres yesterday
One of the best Westerns ever is among the movies on TV tonight
The JOE Friday Pub Quiz: Week 254
You may also like
2 hours ago
10,000 people were vaccinated at walk-in centres yesterday
5 hours ago
Wexford Lotto player just one number away from scooping €8,358,554 jackpot in Saturday's draw
6 hours ago
Met Éireann forecasts rainy week ahead with temperatures reaching 21 degrees
7 hours ago
A man in his late teens has died after two motorcycles collided with a car in Dublin
23 hours ago
Ireland overtakes the UK in fully vaccinating its adult population against Covid-19
1 day ago
Georgia and Malaysia to be added to Ireland's mandatory hotel quarantine list
Next Page