Any member of the public who was on the Grand Canal Way between Digby’s bridge and Ballycommon on the morning or afternoon of 12 January is asked to contact Gardaí, "whether or not you think you saw something".

An Garda Síochána have issued a fresh appeal to the public as part of the investigation of the murder of Ashling Murphy last week.

They are continuing to appeal for any information on a Falcon Storm mountain bike with straight handlebars and distinctive yellow/ green front forks prior to 4pm on Wednesday 12 January 2022 and in the previous days/ weeks. 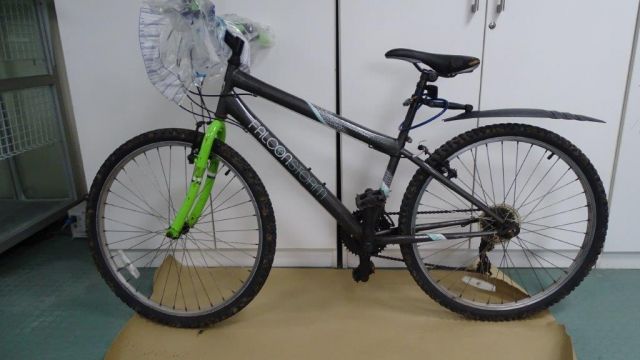 END_OF_DOCUMENT_TOKEN_TO_BE_REPLACED

Gardaí are now asking for people in Tullamore to think about Wednesday the 12 January 2022 after 4pm and not to confine their thoughts to the Falcon Storm mountain bike. They're also appealing for information on a man wearing a black tracksuit in the area.

In a statement issued on Monday, Gardaí asked people who were in the area to consider the following questions:

END_OF_DOCUMENT_TOKEN_TO_BE_REPLACED

An Garda Síochána are now asking for any member of the public who was on the Grand Canal Way on the morning or  afternoon of the 12 January 2022 between Digby’s bridge and Ballycommon to contact the investigation team.

"Whether you think you saw anything or not please contact Gardaí in Tullamore," Gardaí said.

Gardaí are also asking people to "misinformed, inaccurate and dangerous" messages regarding the investigation on social media and in particular on messaging apps.

They called the messages "unhelpful" to the investigation and once again urged anyone who has information to contact Gardaí.

The investigation team at Tullamore Garda Station can be contacted on 9357060, the Garda Confidential Line on 1800 666 111, or any Garda Station.