Gardaí also mentioned false information being spread on social media in relation to the incident.

An Garda Síochána has confirmed that it is conducting investigations into allegations concerning the posting, sharing and uploading of personal images online.

Gardaí said that this is a matter which has been widely circulated and commented upon in the media and on social media. 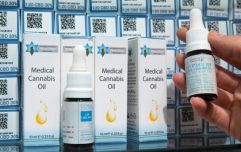 Medical cannabis programme to begin in Ireland this year

END_OF_DOCUMENT_TOKEN_TO_BE_REPLACED

"We are acutely aware of the concern and upset that the public may have in respect of the matters reported."

Gardaí also referenced comments that are circulating on social media that "are not factual", though no further information on these type of comments was offered.

Gardaí said: "Any person who is concerned that they have been the victim of Harassment following the uploading of personal explicit imagery online without their consent, at any time, should contact their local Garda Station."

This comes after over 55,000 people signed a petition in relation to a large scale incident, which saw a number of sexual images of Irish women and girls shared in folders online.