Gardaí investigating robbery of ATM with a digger in Louth

Gardaí have confirmed that an ATM and its contents were stolen on Main Street, Dunleer, Louth at around 3.30am on Saturday morning (16 November).

Photos from the scene appear to show that a JCB digger was used in the commission of the crime. 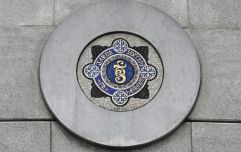 END_OF_DOCUMENT_TOKEN_TO_BE_REPLACED

While the incident was initially reported to be an "attempted robbery," a spokesperson for An Garda Síochána has confirmed to JOE that the ATM was removed and a sum of money was taken. The scene is currently preserved for investigation.

Declan Breathnach, a TD for Louth, said: "A continuation of ATM robberies will deprive our towns and villages of such facilities and is not helping in promoting the border region.

"Forty years of disrespect for law and order in our communities by a small number of coordinated criminal gangs should not be allowed to disrupt our lives or hamper the economy of local towns.

"There is now a real danger small villages and towns will lose their ATM machines, either through services being withdrawn or further raids due to the increase in criminal activity."

The ATM heist is the latest in a long string of more than a dozen similar crimes in the past 18 months, targeting counties and towns near the border between the Republic of Ireland and the north.

House of Rugby Ireland · Ireland's feel-good win, Casey's initiation song, scrapping Sexton and Scott Williams interview
popular
Bank of Ireland to close 103 branches across Ireland and Northern Ireland
The JOE Movie Quiz: Week 91
Chadwick Boseman's wife accepts Golden Globe award on his behalf
The JOE Friday Pub Quiz: Week 232
QUIZ: Can you name all of these characters from The Rugrats?
The JOE Movie Quiz: Week 90
Rick and Morty creator reacts to dropping one of the first f-bombs on Disney+
You may also like
4 months ago
Teenager dies following hit and run in Louth
4 months ago
Cabinet agree on ban on all household visits from tomorrow on
4 months ago
Aaron Brady sentenced to life in prison for the capital murder of Detective Garda Adrian Donohoe
5 months ago
Woman and children escape from Drogheda home following suspected arson attack
8 months ago
Man dies following collision between car and lorry near Dundalk
8 months ago
Gardaí are looking for witnesses following a suspected arson incident in Dundalk
Next Page