The vehicle had already interacted with Gardaí prior to the collision.

Gardaí are appealing for witnesses in relation to the fatal road traffic collision that occurred on the Ross Road in Killarney in Kerry on Wednesday 7 July.

In particular, Gardaí are asking anyone who may have saw a 95-KY reg, Green Toyota Corolla Saloon in Killarney Town between 12.45am to 1.15am on Wednesday morning to come forward to them with information. 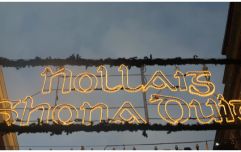 New survey reveals what Irish expats miss the most at Christmas

END_OF_DOCUMENT_TOKEN_TO_BE_REPLACED

The single vehicle collision occurred at approximately 1.10am and the driver of the car, a male youth in his teens, was pronounced dead at the scene.

The passenger in the car, also a male youth in his teens, was later taken to Kerry University Hospital to receive treatment where he remains in a serious but stable condition.

The vehicle had already interacted with Gardaí prior to the collision, meaning Gardaí have now referred the incident to the Garda Síochána Ombudsman Commission (GSOC).

Anyone who may have dash cam footage is also asked to make this available to Gardaí. Anyone with information can contact them at Killarney Garda Station on 064 6671160 or the Garda Confidential Line on 1800 666 111.