The incident happened in the early hours of Sunday morning.

Three members of An Garda Síochána have been hailed for their bravery and heroic actions after they saved a man from drowning in Kilkenny.

The Gardaí were patrolling in the city shortly after 2am on Sunday morning (7 July) when they saw a man in his early 20s enter the River Nore at John's Quay. 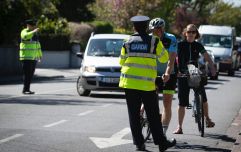 END_OF_DOCUMENT_TOKEN_TO_BE_REPLACED

Local radio station KCLR reports that a female Garda acted fast, immediately diving into the river after the man while her colleagues assisted with a lifebuoy.

A Garda spokesperson confirmed to JOE that the man was safely retrieved from the water and is currently in hospital where he is being treated for his injuries.

His rescuer was also admitted to hospital following the incident, but has since been discharged.

"Gardaí were on routine beat patrol on Johns Quay, Kilkenny in the early hours of this morning Sunday, 7 July, when they witnessed a man entering the water," said the spokesperson.

"Gardaí immediately entered the water to assist this man (early 20s) and with the aid of a lifebuoy and a Garda member entering the water, the man was pulled from the water safely and removed to St. Luke’s Hospital, Kilkenny.

"The Garda member has since been released and the injured man remains in hospital."