The counterfeit money looks quite similar but you can definitely spot a difference.

Gardaí have seized nearly €100,000 in counterfeit currency (see examples below) after searches in Kildare, Laois and Offaly.

The searches were carried out over the past few days after an increase in counterfeit money being posted into Ireland.

END_OF_DOCUMENT_TOKEN_TO_BE_REPLACED

In one search, over €94,000 in counterfeit currency was seized in all denominations.

A 20-year-old woman was arrested at the scene but was released without charge and a file will be prepared for the Director of Public Prosecutions.

A second search was carried out in which €5,000 in counterfeit currency was seized.

A 21-year-old man was arrested and was later charged and remanded in custody.

Gardaí have warned that the tendering of counterfeit currency is rising, along with incidents of counterfeit or prop money being posted into Ireland.

A Garda spokesperson said in a statement: "In many cases, business owners are detecting people using counterfeit €50 notes to buy small items."

In order to check if a Euro note is genuine, cash handlers and member of the public should feel, look, tilt and check the note.

Gardaí have said that the public, and in particular business owners and their staff, should be on the lookout for counterfeit notes of all denominations.

If you are presented with a counterfeit note, you should retain it and contact Gardaí.

You can see the differences between a real note and a fake note below. 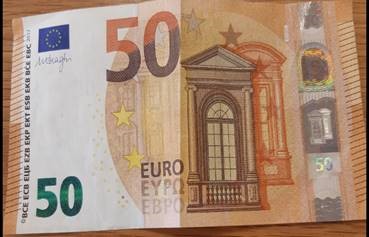 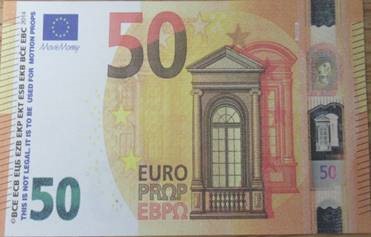 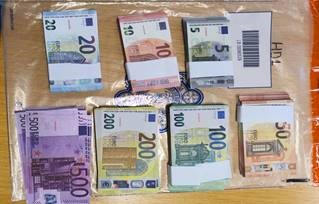 All denominations of counterfeit notes