The six-week campaign kicks off this weekend.

Gardaí will be setting up checkpoints to detect motorists who drive under the influence of alcohol or drugs ahead of the Christmas season.

The move was announced as part of the new campaign from An Garda Síochána and the Road Safety Authority (RSA) launched on Thursday (25 November).

END_OF_DOCUMENT_TOKEN_TO_BE_REPLACED

It calls on drivers to act responsibly and not be tempted to drink and drive this Christmas and New Year period.

This weekend will mark the start of the six-week campaign which will see Gardaí conducting "mandatory intoxicant testing checkpoints" around the country to detect drivers under the influence.

They will also be targeting people who commit other offences on the road, such as speeding, not wearing a seat belt and using a mobile phone while driving.

On top of this, Gardaí will be focusing on unaccompanied driving by learner drivers as well.

Research published by An Garda Síochána and the RSA at the Thursday launch shows that, over the last five years, there were 83 fatalities and 709 serious injuries over the Christmas and New Year period.

END_OF_DOCUMENT_TOKEN_TO_BE_REPLACED

"This Christmas and New Year, we are appealing to motorists to drive safely and under no circumstances drive under the influence of alcohol or drugs.

"120 people have lost their lives on the roads this year and members of An Garda Síochána have had to deliver this devastating news to their families.

"We don’t want to have to deliver this news to your family this Christmas.”

RSA Chairperson Liz O’Donnell said that while the festive season is meant to be one of the happiest times of the year, every Christmas the state agency sees the devastating impact drink-driving has on families.

"Drink-driving is a choice. it doesn’t happen by accident. Your choice to drink and drive could have lasting consequences," she states. 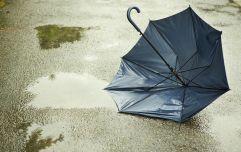 END_OF_DOCUMENT_TOKEN_TO_BE_REPLACED

"At best you could lose your licence, at worst you could be responsible for someone’s death or serious injury, leaving families devastated. It's simply not worth the risk."

Meanwhile, RSA CEO Sam Waide has warned that driving in the morning after a night of drinking is a "real danger zone".

"Our own research... shows that one in four drivers admit to driving over the limit the morning after," he explained.

"There is no hard and fast rule about when it is safe to drive the morning after if you have been drinking the previous night.

"But motorists should allow at least one hour per standard drink for the alcohol to clear their system. A standard drink is a half-pint, a small glass of wine or a standard measure of spirits.

"Also, if drinking at home, you may be unknowingly drinking larger measures and therefore increasing the risk of being unsafe to drive the following morning.

"The key is never to take chances, don’t risk it, you could end up losing your licence or worse.”

Advertisement
popular
One of Keanu Reeves' best movies has just been added to Netflix
CONFIRMED: Nightclubs to close, 50% capacity at indoor events and household mixing limit among new restrictions
The JOE Friday Pub Quiz: Week 272
Here's the lineup for tonight's Graham Norton Show
The 50 most iconic songs of all time* have been revealed
QUIZ: Name the country for each of these non-capital cities
One of the best Irish movies ever made has just been added to Netflix
You may also like
13 hours ago
Irish people among the heaviest drinkers in the world, new survey finds
13 hours ago
Man seriously injured after shooting incident in Tallaght
20 hours ago
NPHET considers more restrictions including on hospitality and home visits
1 day ago
Ireland among top five EU countries for rolling out booster vaccines, says HSE
1 day ago
Ireland starting to see stabilisation in indicators for Covid incidence, says CMO
1 day ago
Gardaí seize 38 dogs and other exotic animals in Dublin
Next Page