Gardaí have issued a plea to students to avoid the harmful consequences of drugs misuse, including a warning over the use of cannabis edibles and nitrous oxide balloons, as Freshers' Week begins across the country.

Gardaí launched their #Riseabovetheinfluence drug awareness campaign on Tuesday as part of a "campus watch" programme amid a return to on-campus lectures.

END_OF_DOCUMENT_TOKEN_TO_BE_REPLACED

As part of the campaign, Gardaí have warned students to avoid drug use, saying that using drugs such as Cannabis, Cocaine, Ketamine and MDMA is a criminal offence that could lead to "addiction, loss of career opportunities, under-achievement, and international travel restrictions".

The Superintendent also warned that un-prescribed ‘study’ drugs or sleeping pills can "lead to anxiety, addiction and psychosis."

"Freshers’ Week should be a time for celebration, the beginning of something good in your life. Don’t let drug use end your career before it starts," McCormack added. 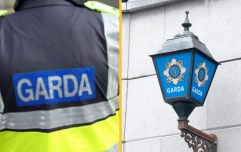 END_OF_DOCUMENT_TOKEN_TO_BE_REPLACED

Gardaí also warned students that the use of multiple drugs can increase the risk of death, encouraging them to contact emergency services if they become ill after consuming a drug.

"Contact the emergency services if you become ill after consuming a drug or are in the presence of somebody who may be ill," he continued.

"Drug use can lead to addiction, debt, prison and the destruction of your physical and mental health."

popular
One of the most underrated crime thrillers of recent years is among the movies on TV tonight
Shock as blues singer beats Adele, Beyonce and Taylor Swift to win Song of the Year Grammy
5 years ago, Hollywood took a massive gamble on a huge sequel... and lost big time
Netflix has just added 12 very big movies to their library
Ben Affleck's bored expression at the Grammys becomes a meme
One of the best crime thrillers ever is among the movies on TV tonight
QUIZ: JOE's Big News Of The Day Quiz #41
You may also like
1 month ago
Gardaí investigating after TDs claim bags of excrement were thrown at them
1 month ago
Man dies in unexplained circumstances in Cork
1 month ago
Woman assaulted during aggravated burglary in Kildare
1 month ago
Gardaí investigating after woman allegedly assaulted by man on Luas
1 month ago
One person dies after helicopter crash in Kildare
2 months ago
Woman arrested in connection with dog attack in Wexford that left child seriously injured
Next Page