"That is the Ireland I desperately want and I know you do too."

Following several days of speculation, Gemma O'Doherty announced on Sunday evening that she is seeking nomination to run for President of Ireland.

The investigative journalist took to social media to make public her intention to run, listing her reasons for doing so in a lengthy Facebook post.

11 arrested at planned protest at the Four Courts

END_OF_DOCUMENT_TOKEN_TO_BE_REPLACED

"As an Irish woman who loves her country to its core but hardly recognises it any more, I am deeply concerned about the unimaginable suffering and chaos so many of our people are subjected to daily," the post reads.

"I despair for Ireland and what it has become. Like many of you, I am frustrated that we keep allowing the same mistakes to happen over and over again."

In her statement, she said that now is the time for Irish people to come together to demand change and put an end to what she described as "the corruption that has infested Irish public life and the disgraceful squandering of our taxes and resources".

"We owe it to ourselves, to our children, to our country’s reputation, and to our forebearers who had a very different vision for this beautiful island that is our home. The time has come to demand a new Ireland.

"It is for these reasons I have decided to put myself forward for nomination to the Presidency. It is not a decision I have come to lightly but I believe the country and the people are ready for change," the statement read.

The former Irish Independent features writer went on to explain that her presidency would be one for those struggling to make ends meet financially.

"My Presidency would stand in the corner of people who get up early in the morning and do not get home until dark because they are enslaved to odious debt they should never have been forced to take on in the first place. 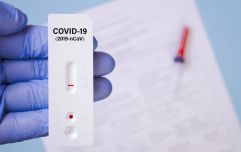 END_OF_DOCUMENT_TOKEN_TO_BE_REPLACED

"People who cannot sleep at night because they are worried about looming rent hikes or whether their adult children will ever be able to afford a home of their own. Parents and their small children who are forced to walk the streets hungry with nowhere to go because the state has turned its back on them."

An election is due to be held in October.