A commonly-used antigen test kit has been taken off the market on a voluntary basis pending further investigation, according to the Health Products Regulatory Authority (HPRA).

The HPRA conducted an investigation after receiving reports of false positives from members of the public and medical professionals regarding the Genrui antigen test. 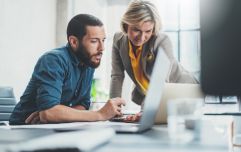 END_OF_DOCUMENT_TOKEN_TO_BE_REPLACED

The Genrui model is widely available in a number of shops, supermarkets and pharmacies across Ireland, retailing at a notably inexpensive price in comparison to other test kits.

On Wednesday evening (5 January), the HPRA confirmed that the Genrui model will be removed from sale by retailers on a voluntary basis, with a further investigation to follow.

The HPRA has received over 550 reports in recent days from Irish consumers, noting false positive results associated with the use of the Genrui test.

"Rapid antigen tests, like all diagnostic tests, have the potential to provide false negative or false positive results," said a HPRA spokesperson.

"However, the HPRA states that the rapid rise in the number of reports of false positive results relating to the Genrui self-test is significant and a precautionary removal from sale is warranted while the matter is further investigated by the manufacturer (Genrui Biotech, Shenzen, China) and its European representative.

"The HPRA also advises against the online purchase of Genrui self-tests at this time while the matter remains under investigation."

Individuals who have received a positive result following use of any rapid antigen self-test, including this test, should follow the current public heath advice on the HSE website. 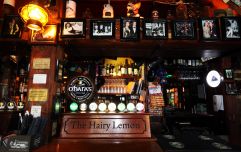 END_OF_DOCUMENT_TOKEN_TO_BE_REPLACED

The HPRA will continue to liaise with the manufacturer to investigate the matter further, and is also in contact with other European Competent Authorities in relation to this issue.

Individuals who have experienced a false positive or false negative result can report the occurrence via the HPRA website – www.hpra.ie.