It will include hiring extra staff at both ports and airports.

The Tánaiste and Minister for Foreign Affairs and Trade, Simon Coveney and the Minister of State for European Affairs, Helen McEntee spent time in Brussels on Tuesday for meetings to discuss divorce talks with their counterparts on Brexit and the General Affairs Council.

Top of the agenda was the "backstop" measure, which aims to avoid a hard border between the North and Republic of Ireland and guarantees that an invisible border remains in place until the new trade arrangements are up and running.

END_OF_DOCUMENT_TOKEN_TO_BE_REPLACED

The EU has insisted that the UK agrees to a “backstop” to maintain frictionless trade deals and the current lack of border checks currently running. This is seen as a big achievement of the Belfast Agreement and is – as believed by both the Irish Government and North – imperative to keep.

Before departing for Brussels, the Tánaiste said:

"I will be making very clear our continued strong support for Michel Barnier, welcoming his approach on efforts to de-dramatise the backstop aimed at agreeing to the text of the Protocol on Ireland and Northern Ireland," he continued.

"Time is short and it is important that the UK delivers on its commitments and engages constructively with the EU’s proposed backstop. The EU has been clear that without an agreement on a backstop, there cannot be an agreement on the Withdrawal Agreement”.

The meeting came just days after former UK Foreign Secretary Boris Johnson labelled the backstop measure, aimed at preventing a hard border as a “monstrosity that wipes out our [the UK's] sovereignty”.

The Irish backstop is a monstrosity that wipes out our sovereignty... https://t.co/ToEcvkG4O0

END_OF_DOCUMENT_TOKEN_TO_BE_REPLACED

Coveney now says that the latest steps for Ireland’s contingency plans for Brexit will be rolled out this week, with a nationwide Brexit preparation campaign set to kick off this Thursday.

Business Minister Heather Humphreys and Agriculture Minister Michael Creed are set to launch the 'getting Ireland Brexit ready' campaign with the Foreign Affairs Minister on Thursday.

The campaign will involve the hiring of 1,050 inspectors in customs, veterinary and food safety, as part of Brexit preparations aimed at protecting trade. This was signed off by the Government in July.

A staffing programme which will see 451 out of a total of 1,077 staff recruited to work at Irish ports and airports in 2019 has also been sanctioned.

Taoiseach Leo Varadkar and his European counterparts will travel to Austria on Wednesday for an informal meeting of the European Council. 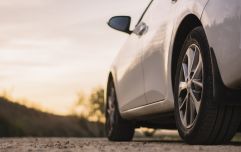 END_OF_DOCUMENT_TOKEN_TO_BE_REPLACED

Michel Barnier, the French politician acting as European Chief Negotiator for Brexit, has said that talks are in the 'home straight', mentioning that he's ready to "improve" a proposal to avoid a hard border in Ireland.

“We are ready to improve this proposal," Barnier told journalists in Brussels.

"Work in the EU is ongoing. We are clarifying which goods arriving in Northern Ireland from the rest of the U.K. would need to be checked, where, when and by whom these checks would be performed.”

Good to catch up today with @simoncoveney ahead of #Salzburgsummit18. Progress on backstop absolutely essential in the run up to October #EUCO #Brexit 🇮🇪🇪🇺 pic.twitter.com/TrhnjosAaq

Meanwhile, the British Secretary for Brexit has verified that – if a No Deal Brexit occurs – the Irish in Britain will still be safe.

The news was confirmed by the Brexit Department of the UK Government, headed by Dominic Raab, who issued 28 technical notices in a statement on Brexit issued last Thursday.

"If you are an Irish citizen you would continue to have the right to enter and remain in the UK, as now. You are not required to do anything to protect your status," the statement reads.

"In addition, you would continue to enjoy the reciprocal rights associated with the common travel area in the same way that British citizens in Ireland would if there is no deal."