Although it's extremely unlikely to hurt anyone on the ground, the small chance it could happen is a concern, experts have said.

Part of China's largest rocket, the Long March 5B, is set to hit Earth this weekend after launching a section of the country's new space station last month.

According to the Aerospace Corporation - a space-focused research and development center - during the launch, part of the rocket reached orbital velocity instead of falling downrange as is common practice.

END_OF_DOCUMENT_TOKEN_TO_BE_REPLACED

That placed the rocket piece in an elliptical orbit around Earth where it is being dragged towards "an uncontrolled reentry".

The rocket piece’s orbital inclination of 41.5 degrees means that reentry could be as far north as Chicago, New York City, Rome and Beijing and as far south as New Zealand and Chile.

That places any of the locations within the potential reentry path of the "giant" piece of rocket that is 98 feet long by 16.5 feet wide and weighs 21 metric tons.

As to when this will happen, the latest prediction for its reentry is Sunday, 9 May at 3.43am Coordinated Universal Time, give or take 16 hours.

However, the Aerospace Corporation stated: "It is still too early to determine a meaningful debris footprint".

Our latest prediction for CZ-5B rocket body reentry is:
?09 May 2021 03:43 UTC ± 16 hours
Reentry will be along one of the ground tracks shown here. It is still too early to determine a meaningful debris footprint. Follow this page for updates: https://t.co/p2AU9zE3y2 pic.twitter.com/MgzRAOTJnk 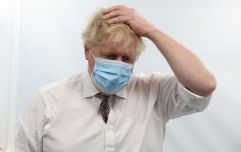 END_OF_DOCUMENT_TOKEN_TO_BE_REPLACED

While it's unclear exactly how much of the rocket piece will survive reentry and reach the Earth's surface - as the melting point of the materials used will be a factor - the Aerospace Corporation is expecting five to nine metric tons.

In a statement, Marlon Sorge - an engineer with the Aerospace Corporation said: "What makes this reentry particularly noteworthy is that it will occur between 41.5 deg N and 41.5 deg S latitudes, where the vast bulk of the world’s population lives.

"However, the statistical risk to any one person of being struck by falling space debris is so low that a colleague of mine jokes that if reentry predictions put his house directly under the path, he’d go out with a camera and watch."

However, Jonathan McDowell, an astrophysicist at the Center for Astrophysics in Cambridge, told the New York Times that it was "negligent" and "irresponsible" of China for failing to control the path of its rocket.

He described the threat posed by the rocket debris as unlikely but high enough to be of concern.

For more about the reentry, see here.

popular
Public urged to be wary of sophisticated Revolut scam in operation in Ireland
A gripping mystery thriller is among the movies on TV tonight
New Netflix series looks like a must-watch for fans of Drive to Survive
'The Beast' apologises for storming off after losing on The Chase
10 years ago this week, Liam Neeson's best performance arrived in cinemas
The 50 most iconic songs of all time* have been revealed
Amazon Prime Video has just added 16 big movies to its library
You may also like
2 days ago
Several people killed after crush at Africa Cup of Nations match
5 days ago
Families of US Embassy staff in Ukraine reportedly ordered to leave the country
5 days ago
Brian Laundrie claimed responsibility for killing of Gabby Petito in notebook, says FBI
5 days ago
Arnold Schwarzenegger involved in Los Angeles car crash
1 week ago
Drone with sausage attached helps save dog from drowning
1 week ago
Boris Johnson regularly witnessed "wine-time Fridays" at Downing Street during pandemic - report
Next Page