He is currently in isolation.

The convicted rapist tested positive for coronavirus while in prison, weeks after being found guilty of rape and sexual assault. 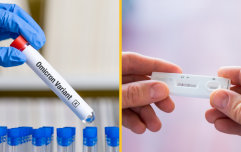 END_OF_DOCUMENT_TOKEN_TO_BE_REPLACED

Weinstein's legal team said that they had not been made aware of the positive test.

"Given Mr Weinstein's state of health, we are of course concerned, if this is the case, and we are vigilantly monitoring the situation," said Imran Ansari, one of his lawyers. 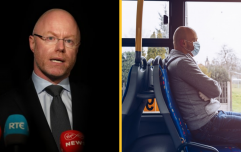 END_OF_DOCUMENT_TOKEN_TO_BE_REPLACED

He was sentenced to 23 years in prison last month following a lengthy trail that saw him convicted of rape and sexual assault.

Two other prisoners in the facility have also reportedly tested positive for Covid-19.

There are currently 35,070 confirmed cases of coronavirus in the United States. 458 people have died as a result of the virus, and 178 have recovered.

popular
5 years ago, Hollywood took a massive gamble on a huge sequel... and lost big time
Netflix has just added 12 very big movies to their library
One of the most underrated crime thrillers of recent years is among the movies on TV tonight
‘Older’ woman who took Prince Harry’s virginity gives her side of the story
Keanu Reeves goes for two classic pub grub dishes on surprise UK visit
Netflix backtracks on anti-password sharing measures following user outcry
The JOE Friday Pub Quiz: Week 332
You may also like
3 months ago
Leo Varadkar advises public to mask up as Covid restrictions debate returns
4 months ago
Ireland's new chief medical officer issues winter advice as Covid cases rise
4 months ago
“It’s like insects are crawling all over your body.” Irish people reveal impact of Long Covid
4 months ago
Vaccines adapted to Covid variants to be rolled out as part of booster programme
6 months ago
A county-by-county breakdown of the number of pubs closed in Ireland in the last two decades
6 months ago
Covid-19 testing centres may be stood down entirely later this year
Next Page