You never want to see those letters on your boarding pass.

Gerry Adams tweeted an image of his boarding pass from a US airline on Thursday morning along with the caption: "Awwwhhhh! The dreaded SSSS. Aris."

So what exactly does he mean by the "dreaded SSSS" and why was it printed on his boarding pass?

END_OF_DOCUMENT_TOKEN_TO_BE_REPLACED

The meaning of the four letters wasn't public knowledge until the last few years when Transportation Security Administration (TSA) handbook was leaked online. 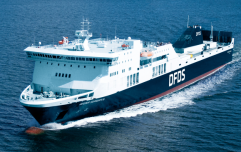 END_OF_DOCUMENT_TOKEN_TO_BE_REPLACED

Paying with cash for a ticket, flying to a high risk destinations and having your name on a 'no-fly' list are among a number of reasons you may have SSSS placed on your boarding pass.

But there's also random selection which means that even if you don't have any of the above criteria, you could end up with the code on your pass.

So if you’re on the US government’s No Fly List, a list which is said to include 1,877,133 people, or the Centres for Disease Control and Prevention’s Do Not Board List for people with a "communicable disease constituting a public health threat", the chances are, you'll have SSSS on your boarding pass.

It's not the first time that Gerry Adams has ended up with the letters on his boarding pass with the same thing happening last year.

popular
The JOE Friday Pub Quiz: Week 307
Record for hottest August day in Ireland ever has now been broken
Anne Heche dies one week after car crash, aged 53
An exciting Irish crime thriller is among the movies on TV tonight
WATCH: Flight makes scary 'lowest ever landing' at Greek airport, narrowly avoiding plane spotters
A great underseen action thriller is among the movies on TV tonight
Shooting stars set to light up Ireland's skies this weekend
You may also like
3 weeks ago
Ryanair condemns Dublin Airport passenger charge increase following recent "mismanagement"
4 weeks ago
New Spanish hospital to offer "alternative pathway" for Irish patients waiting for routine treatments
1 month ago
Dublin is one of the most friendly cities in the world, apparently
1 month ago
Bus Éireann’s service from Dublin to London will restart this week
1 month ago
The long-awaited MetroLink is finally happening, for real this time, honest
1 month ago
The full list of cancelled flights in and out of Dublin Airport on Monday (so far)
Next Page