The Archbishop of Dublin, Diarmuid Martin, is hopeful that Pope Francis will get adequate time to enjoy as inclusive a visit as possible when he hits up the capital in August.

Pope Francis is due over for two days to attend the World Meeting of Families on Saturday 25 August at Croke Park, and he will also be the chief celebrant at Holy Mass in the Phoenix Park the following day.

END_OF_DOCUMENT_TOKEN_TO_BE_REPLACED

Speaking on Sunday with Miriam on RTÉ Radio 1, the Archbishop said that he hopes the people surrounding the Pope allow him to speak freely, though he also emphasised the short nature of the visit.

"I'm worried that some of the protocol issues will take more time than meeting with the poor," said the Archbishop, adding that the Pope's "great ability is to do things with gestures, particularly with people who are marginalised."

Archbishop Martin said that he would like the Pope to meet with struggling families, refugees, prisoners, the poor and victims of clerical abuse.

He would also like for Pope Francis to learn something of the Travelling community, "as they have the highest child mortality rates in Ireland as well as large numbers in prison."

Asked of the Pope's character, the Archbishop described him as "a complex figure, not all smiles. He's determined, he knows when people are not being true to him, not being loyal to him. He's nobody's fool. When he wants to do something, he'll do it."

Archbishop Martin also addressed former President Mary McAleese's criticism of the Catholic Church, after she labelled it "an empire of misogyny" in March. 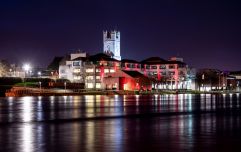 END_OF_DOCUMENT_TOKEN_TO_BE_REPLACED

"Misogynism is present, it is obviously present in the church," he admitted.

"There is a danger in an all male presbyterate that misogynism can enter. You can have a men's club and I think all of us have to examine our consciences to see where we are on this. How do we change it is the question. Misogynism is a sign of human immaturity and that is a worry."

In December, Archbishop Martin estimated that the cost of Pope's visit will amount to around €20 million "because of the complications of just gathering people together, and the security and technology that is needed to do that."

Meanwhile, if you're hoping to catch His Holiness in action this summer, here's everything you need to know.

The Big Reviewski || JOE · TBR Spotlight: The Falcon and the Winter Soldier Episode Five - 'Truth'
popular
The 50 most iconic songs of all time* have been revealed
QUIZ: Can you answer all of Sinead and Daniel's questions on the Irish Celebrity Who Wants to be a Millionaire?
People think they've figured out the ranking of the viewers on your Instagram Stories
PICS: The man with the biggest penis in the world has one unbelievable problem with it
The JOE Friday Pub Quiz: Week 239
The Falcon and the Winter Soldier has the most powerful scene in MCU history
QUIZ: You'll find it hard to name all these towns from their Irish name (part 2)
You may also like
1 day ago
What is DogeCoin and why are so many people suddenly talking about it?
1 day ago
Everything we know so far about vaccine passports: What are they and will you need one?
1 day ago
Two men arrested after taxi stolen and driver attacked in Galway
1 day ago
Ireland to introduce new hate crime legislation
1 day ago
Privacy group calls for Irish people to join legal case against Facebook
1 day ago
Stephen Donnelly says he "couldn't care less" about being mentioned by his department on Twitter
Next Page