On the day HMV shoppers and fans can look forward to a number of Door Buster deals while they enjoy a live in-store performance by The Strypes. In addition there will also be spot prize and competition giveaways to some of the lucky fans who visit the store.

The Strypes will take to the stage at 12.15pm and will also spend some time in the store, doing a meet-and-greet and signing with fans. 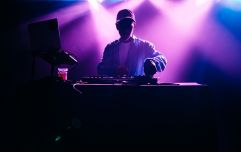 END_OF_DOCUMENT_TOKEN_TO_BE_REPLACED

The Strypes have had a phenomenal few years since forming in 2011, and despite their incredibly young age, they are already signed to Elton John’s record label. The future looks bright for this foursome, with a number of high-profile fans, including Foo Fighters front–man Dave Grohl.

The HMV Henry Street store will open its doors on Friday, with stores in Liffey Valley SC in Dublin and at the Crescent SC in Limerick opening the following day (Saturday September 7th), while the store in the Dundrum Centre in Dublin will open week ending September 14th.

So whether you’re a big Strypes fan or fancy getting the first look into the new HMV flagship store be sure to head along and check it out.

The Big Reviewski || JOE · The Big Reviewski with Andy Serkis, Squid Game follow-ups & the return of Succession
popular
Emergency services rush to high-rise building on fire in Tallaght
Two prisoners have absconded from Loughan House in Cavan
The JOE Friday Pub Quiz: Week 265
Hollywood couple Joe Manganiello and Sofia Vergara seen enjoying a Cork chipper
Ryanair is seeking applicants for "the worst job in Ireland"
QUIZ: Can you master this General Knowledge Quiz?
National Lottery reveals 28 locations where tickets worth over €35,000 each were sold
You may also like
3 days ago
WATCH: Peter Jackson's much-anticipated Beatles documentary looks like a treasure trove
1 week ago
Dave Grohl speaks about how a trip to Kerry inspired him to set up Foo Fighters
2 weeks ago
Shakira "stood up" to wild boars who attacked her and stole her bag in Barcelona
2 weeks ago
JOE’s Song Of The Day #912 – The Clockworks 'Throw It All Away'
3 weeks ago
Ed Sheeran announces extra show in Dublin's Croke Park as part of major 2022 tour
3 weeks ago
JOE’s Song Of The Day #911 – Three Underneath ‘Sun May Glow’
Next Page