The vote will likely bring with it the first openly gay man to win an election for governor in American history.

Early polls from the US mid-term elections are showing that the Democratic party is likely to be retaking control of the United States House of Representatives.

It will be the first time that the party will have had control of the House in eight years.

NBC News are reporting that, at the time of writing, the Democrats have a 65% chance of taking control of the House, according to an NBC News estimate.

NBC estimates the Democrats will win 224 seats, plus or minus 16 seats.

A party needs to control 218 seats in the House for a majority.

Additionally, Fox News have stated that their Decision Desk can now project that Democrats will take control of the House of Representatives for the first time in eight years, dealing a major setback to President Trump’s legislative agenda.

If the predictions end up being accurate, the Democrats will have the power to investigate President Trump's tax returns and any potential conflicts of interest, tackle issues such as the planned Mexico wall and huge tax cuts, as well as challenge his decisions made in regard to Saudi Arabia, Russia and North Korea.

Despite the early predictions, Trump still seems pretty confident in how the vote will turn out:

Tremendous success tonight. Thank you to all! 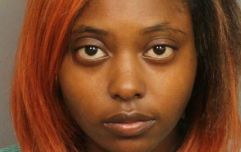 END_OF_DOCUMENT_TOKEN_TO_BE_REPLACED

And finally, CNN are reporting that Democrat Jared Polis, who currently serves in the House of Representatives, will win the race for governor in Colorado:

"The historic first for Polis means Democrats will retain the governor’s mansion in Colorado and the LGBT community will secure rare representation at the statewide level. During his gubernatorial bid, Polis has pushed for universal health care, free early childhood education and progressing Colorado to a 100% renewable energy state.

"As a freshman, Polis and his spouse Marlon Reis wrote about their experience as a same sex couple in Congress — years before same sex marriage was legalized at the federal level."

However, those hoping to find out for sure how won what may be waiting a while, as Vox report it could take days - or even weeks - before we learn who won either chamber.

So settle in, this could be a long one.


popular
QUIZ: Can you name all the Irish counties just by their shape?
Gardaí arrest woman (40s) in relation to the three children that were found dead in Dublin
PERSONALITY TEST: What percent tosser are you?
QUIZ: Can you match the Father Ted quote to the character that said it?
PERSONALITY TEST: Which Peaky Blinders character are you?
The JOE Movie Quiz: Week 38
QUIZ: Name the missing word from these famous Dumb and Dumber quotes
You may also like
5 months ago
Can you name a US state for each letter of the alphabet?
6 months ago
Number of students doing J1 visas has halved since 2015
7 months ago
At least 12 people have been killed following a mass shooting in Virginia
7 months ago
World’s smallest surviving baby released from hospital in San Diego
7 months ago
US weatherman loses cool over viewer complaints during tornado warning broadcast
11 months ago
Virginia Governor apologises for KKK and blackface photo, then says it's not him
Next Page