The country believes that the issue needs addressing as soon as possible.

Ireland's national housing emergency is the country's biggest concern ahead of the upcoming national budget.

This is the sentiment expressed in a recent survey conducted by Taxback.com, which found that 50% of respondents believe measures to tackle the housing and homelessness crisis should take top billing in this year's budget.

The survey asked over 1,600 taxpayers nationwide for their opinions ahead of this Budget 2019, which will take place later this month.

Speaking of the findings Eileen Devereux, Commercial Director for Taxback.com said: "The level of concern amongst the Irish public is palpable from this survey.

"The housing crisis is not a 'distant' concern, people want to help and in the main, it seems, are open to using Exchequer coffers to try to solve the housing and homelessness crisis.

"One observation that could be made on the back of these results is that, if there is to be a general election, the current administration will be strongly judged on their handling of this issue." 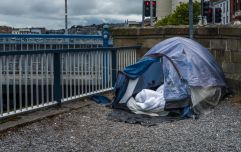 END_OF_DOCUMENT_TOKEN_TO_BE_REPLACED

This news comes just five days after staff members in University College Cork were asked to take students in amid the growing housing crisis.

You can see peoples' exact responses to the question in the survey here. After housing and homelessness, healthcare came in second place with 25% of people asked believing it was the number one priority.

If you were Taoiseach, what would be your number one priority in Budget 2019?


popular
Man being treated for suspected case of coronavirus in Belfast
The lineup for this week's Late Late Show has been revealed
QUIZ: Can you guess the pixellated movie posters?
QUIZ: Can you name all these European countries just from their vowels?
Met Éireann says there's a risk of snow for parts of Ireland this weekend
Here are the 5 best movies on TV this evening
Here are Ireland’s favourite takeaways, as per the National Takeaway Awards
You may also like
1 week ago
Fine Gael's day one disaster was inevitable after their record on homelessness
1 week ago
81-year-old woman discharged from hospital found on streets by homelessness charity
1 month ago
"Absolutely appalling" - Brother Kevin Crowley hits out at government on homeless crisis
1 month ago
Inner City Helping Homeless are running a “Fill an Xmas Truck” event, and you can help out
1 month ago
Minister for Housing Eoghan Murphy survives vote of no confidence
1 month ago
Irish homelessness figures increase yet again, reaching a record high
Next Page