18 women dead after CervicalCheck crisis, according to new HSE report

The number was originally thought to have been 17.

The latest statement from the Health Service Executive on the matter of CervicalCheck screenings shows that number of affected women who are now deceased is actually 18.

Minister for Health Simon Harris had originally put the number at 17 when addressing the Dáil. The latest statement, which was released after 6pm on Monday evening, reads that "18 of the 209 women are deceased and where this is the case their family/next of kin are being contacted." 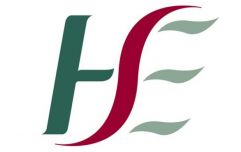 END_OF_DOCUMENT_TOKEN_TO_BE_REPLACED

The statement says that "To date, 6,280 calls have been returned to women, and every effort will continue to be made to ensure that contact is made as quickly as possible with all those who have requested a call back. We have teams working in Limerick, Cork, Waterford and Dublin, and in hospitals right across the country, making contact with all of the women who have requested a call back and answering their queries, with personal health records and advice where appropriate."

Yesterday, the HSE, reaffirmed that 203 of the 209 women whose audit showed their test could have provided a different result had been contacted.

The HSE has been contacted for commented but has not responded.

The Big Reviewski || JOE · TBR Spotlight: Loki - Episode Two - 'The Variant'
popular
The JOE Friday Pub Quiz: Week 248
QUIZ: Can you name all these European countries from a list of cities?
QUIZ: Can you get full marks in this potentially very frustrating general knowledge quiz?
Three men arrested after reportedly attacking staff of premises on South William Street
Met Éireann says temperatures set to hit 20 degrees this weekend
Canada has been removed from the mandatory hotel quarantine list
Aer Lingus introduce new fee to bring carry-on bags onboard flights
You may also like
1 year ago
Over 3,000 women affected by CervicalCheck IT issue, says report
2 years ago
CervicalCheck screening service has a backlog of almost 80,000 tests to examine
2 years ago
Vicky Phelan named by BBC as one of 2018's "100 inspiring and influential women"
2 years ago
Scally Report likely to overhaul Cervical Check completely for "keeping women in the dark"
2 years ago
Number of women involved in CervicalCheck controversy raised to 221
2 years ago
VIDEO: Emma Mhic Mhathúna: "The more apologies the HSE have to give, the more they'll have to make changes"
Next Page