The Rotunda Hospital has cancelled most of its outpatient appointments today.

The Health Service Executive has temporarily shut down its IT system after it was targeted in a "significant ransomware attack".

The HSE said it was taking the steps as a precaution and would be shutting down its system in order to protect it and assess the situation. 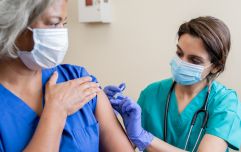 Vaccine hesitancy linked to lack of knowledge, according to new study

END_OF_DOCUMENT_TOKEN_TO_BE_REPLACED

As a result, Dublin's Rotunda Hospital has cancelled most of its outpatient appointments today, except for expectant mothers 36 weeks or more pregnant.

It asked the public not to attend hospital unless it was an emergency.

Vaccinations are not affected and will continue as normal.

In a statement, the HSE apologised to patients and the public and said it would give further information as it becomes available.

Reid said the attack is focused on accessing data stored on the HSE servers and said the HSE is working with the national security cyber team, Gardaí and third-party cyber support teams to resolve the issue.