Parts of the United States are preparing for the worst flooding conditions in 30 years.

The death toll from Hurricane Dorian in the Bahamas has rised to 20 and is expected to rise as it continues to wreak havoc as it heads towards the United States.

"We've had an absolute horrendous tragedy, numbers of lives lost, and we have not completed the door-to-door," Bahamian health minister Duane Sands told NBC News. 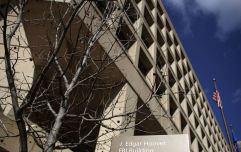 END_OF_DOCUMENT_TOKEN_TO_BE_REPLACED

As of Thursday morning, the hurricane is making its way towards Florida and South Carolina, with major evacuations ordered for both of those areas.

America's National Weather Service stated that parts of South Carolina are expected to reach high tides of between 9 and 10-and-a-half feet, with anything over seven feet set to cause mass flooding in the area.

The Washington Post reports that since making landfall in the United States, the hurricane has actually gained some added strength, increasing the risk of storm hazards, with maximum sustained winds back up to 115 mph.

The US Hurricane Centre released an official statement, saying: "Life-threatening storm surge with significant coastal flooding is expected along a large portion of the Southeast and Mid-Atlantic coasts of the United States during the next couple of days."

7 pm Tropical Cyclone Update: #Dorian lashing the Georgia and South Carolina Coast. The next intermediate advisory will be issued by 8 pm. More at https://t.co/tW4KeFW0gB and https://t.co/SiZo8ohZMN pic.twitter.com/ez1KBoYd5Q

Advertisement
House of Rugby Ireland · Quinn Roux on finding a home in Ireland and Mike McCarthy brings the absolute HEAT!
popular
The JOE Friday Pub Quiz: Week 227
Lord Mayor of Dublin Hazel Chu subjected to racist abuse outside Mansion House home
Teenager arrested following serious assault on a woman in Dublin
NPHET in favour of stopping all non-essential travel
The full list of all the new shows and movies coming to Netflix in February
Snow and ice warning issued for 13 counties ahead of bitter weekend
Aodhán Ó Ríordáin passionately calls out Norma Foley in the Dáil
You may also like
1 year ago
Man sues ex-wife's new lover for "alienation of affection" - and wins
1 year ago
Donald Trump appears to support idea that his impeachment will lead to "Civil War" fracture in America
1 year ago
Donald Trump prepares ban on flavoured e-cigarettes following vaping-related deaths
1 year ago
25 bodies found following boat fire in California
1 year ago
Five killed as Hurricane Dorian continues to head towards mainland U.S.
1 year ago
21 injured and five killed in mass shooting in Texas
Next Page