Bailey said that he hopes the review will clear his name.

After it was announced that the Gardaí would be opening a cold-case review into the murder of Sophie Toscan du Plantier, Ian Bailey has said that he will "fully cooperate" with the investigation.

Sophie Toscan du Plantier was found dead outside her holiday home in West Cork in 1996. Bailey has been arrested twice in connection with the murder, but he has never been charged with the crime in Ireland.

END_OF_DOCUMENT_TOKEN_TO_BE_REPLACED

In 2019, a French court convicted him of the murder in absentia and sentenced him to 25 years in prison. The Irish High Court, however, ruled that he could not be extradited.

Mr Bailey has since told Newstalk that he hopes the review will clear his name.

"If I can give any assistance, I will be doing that," he said. 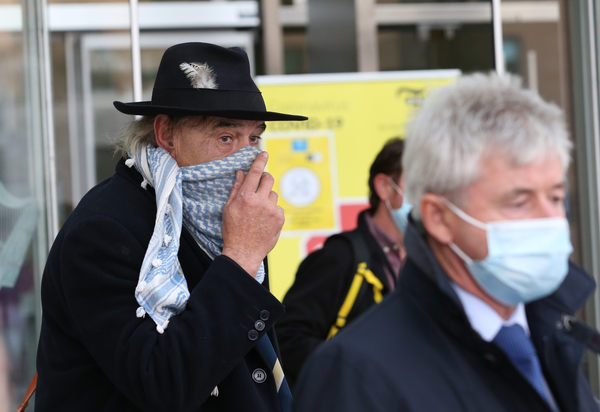 END_OF_DOCUMENT_TOKEN_TO_BE_REPLACED

The news of a review into the case was welcomed by Sophie's son Pierre Louis Baudey-Vignaud.

He told The Irish Times:

"I must say I am very happy there is to be a full cold case review and I have big expectations that hopefully the next few months will see developments which, for all of us, Ireland, France and my mother’s family, will finalise this story in a way that will finally get justice for my mother."

END_OF_DOCUMENT_TOKEN_TO_BE_REPLACED

It is understood that the review will begin next month in Bantry Garda Station, and will be focused on forensic evidence and technical examination.

An Garda Síochána continues to appeal to anyone who may have any information on this crime to contact the Garda investigation team at Bantry Garda Station 027 20860 or the Garda Confidential Line 1800 666 111.