The loyalist politician shared a tweet with racist undertones penned by Hopkins, referring to the recently published news stating that, in March 2018, London had a higher murder rate than New York. 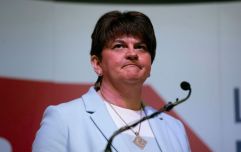 END_OF_DOCUMENT_TOKEN_TO_BE_REPLACED

Ms Hopkins' tweet read: "March 2018. London has a higher murder rate than New York... and Ramadan's not yet begun."

Ramadan is the ninth month of the Islamic calendar, and is observed by Muslims worldwide as a month of fasting (Sawm) to commemorate the first revelation of the Quran to Muhammad according to Islamic belief.

It's understood that Hopkins' reference to the religious celebration likens all Muslims to terrorists, a belief that a number of Muslim communities are anxious to shake due to their peaceful beliefs.

Posting on twitter, Mr Paisley said: "Mea culpa earlier today I glanced at a tweet & rt about # of murders in London. Didn't take cognisance of Ramadan ref. Once brought to my attention immediately deleted. Apologise profusely for offence caused."

Responding to the Belfast Telegraph's story, Ms Hopkins said on Twitter: "Bless your heart Ian Paisley- thanks for being a loyal secret follower. Big love to the DUP." 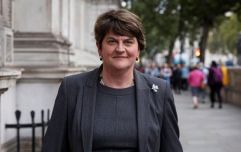 END_OF_DOCUMENT_TOKEN_TO_BE_REPLACED

A DUP spokesperson said it deplored the sentiments behind Ms Hopkins' tweet and described it as inappropriate.

They said the matter will be considered by the party officers at their next meeting.

Paisley made headlines recently when it was announced that, while visiting the White House for St Patrick's Day celebrations, the DUP member had extended an invitation to President Trump to visit Northern Ireland.

No set plans are currently in place for a presidential visit, but the MP insisted that Mr Trump "indicated" he would be happy to come

popular
Sinn Féin affordable housing bill passed as Government forgets to vote on its own counter-motion
TV reporter rescues stolen dog live on air while reporting on its theft
10 bad movies that actually got good reviews when they were released
The 50 most iconic songs of all time* have been revealed
Negative review of Shrek on its 20th anniversary sends Internet into meltdown
Aer Lingus to permanently close its base at Shannon airport
Irish mother soothes crying baby to sleep by playing Mark McCabe's Maniac 2000
You may also like
1 year ago
Northern Ireland now has more Nationalist than Unionist MPs for the first time
1 year ago
A group of British-Irish politicians have called for a citizens' assembly to help decide Northern Ireland's abortion law
1 year ago
Years of no compromise leave the DUP in a very compromising position indeed
1 year ago
'A force they cannot stop' Northern Ireland's pro-choice campaign
1 year ago
DUP issue new statement explaining why they won't support latest Brexit deal
1 year ago
OFFICIAL: "Fair and balanced" Brexit deal has been reached
Next Page