We're off to the Balearics, boy.

Czech Airlines have announced a new twice-weekly service from Cork Airport to Ibiza, beginning in June.

The flights will add 8,000 seats to the airport's service and begins on June 11th, running all the way to September 21st. 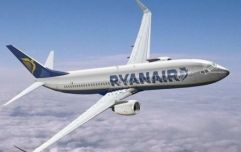 END_OF_DOCUMENT_TOKEN_TO_BE_REPLACED

Cork Airport’s Managing Director, Niall MacCarthy, welcomed the news and stressed that service is a great boost for holidaymakers in Munster.

“Ibiza is incredibly popular and we’re delighted that CSA Czech Airlines has added the Cork route in response to strong consumer demand," he told the Evening Echo in Cork.

“This announcement is an exciting development for Cork Airport and we look forward to working closely with CSA Czech Airlines to develop our relationship and seek out further routes.”

CSA Czech Airlines chairman Jozef Sincák said: “In addition to the Cork to Prague route recently announced, we’re delighted to add Ibiza to Cork Airport’s list of destinations. This is great news for the airline and will have an interesting potential which we would like to take full advantage.”

Expect the entire student population of UCC to be packing away the buckets, spades and Speedos as we type.

Have some Vengaboys for the craic.

House of Rugby Ireland · Ireland's feel-good win, Casey's initiation song, scrapping Sexton and Scott Williams interview
popular
Eoghan McDermott to leave RTÉ after six years (Report)
Varadkar felt "very bad" for missing Irish reopening dates
QUIZ: Can you answer all the £1 million questions from Who Wants to be a Millionaire?
Someone in Ireland is €500,000 richer following Tuesday's EuroMillions draw
Sony are giving away a free game to all PS4 and PS5 owners
BBC reveals Season 6 of Line of Duty is coming later this month
Prince Philip undergoes ‘successful procedure’ for heart condition
You may also like
7 months ago
Gardaí issue warning over theft of caravans and camper-vans due to increase in staycation holidays
1 year ago
PICS: Stena Line are launching a new ferry and it looks pretty impressive
1 year ago
Going on holiday is good for your heart, research confirms
1 year ago
The nine things that only Irish people look forward to when they go on holidays
1 year ago
South Africa's iconic Garden Route: 5 reasons why it's legitimately breathtaking
2 years ago
These are the Top 20 'Once-In-A-Lifetime' journeys, according to travel experts
Next Page