Ireland officially has the highest daily Covid-19 rate in the world.

New data released by the Our World in Data organisation has shown that Ireland currently has the highest number of new Covid cases per million people, surpassing the UK, US, and Portugal.

END_OF_DOCUMENT_TOKEN_TO_BE_REPLACED

Yesterday saw 4,929 new cases of coronavirus reported in the Republic and eight new deaths. 1,582 Covid-19 patients are currently in hospital. As of yesterday, 146 of them were in intensive care.

Chair of the Irish Epidemiological Modelling Advisory Group, Professor Philip Nolan, has since warned that although cases appear to be stabilising, there remains immense pressure on the country's health service.

"We are seeing numbers of cases per day, and numbers in hospital, that we just could not have comprehended prior to Christmas."

Elsewhere, the UK has banned people from sitting outside saying to do so would be unlawful.

Downing Street confirmed this week that leaving the house to sit on a park bench or elsewhere is banned under new Covid rules. 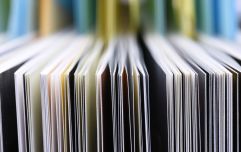 Man in his 20s arrested for theft of €1.1 million from Dublin-based company

END_OF_DOCUMENT_TOKEN_TO_BE_REPLACED

A government source has clarified that "short pause during the course of exercise would be reasonable", but that it would be "unlawful to leave the house just to sit in public."

The Prime Minister's spokesperson added: "People are allowed to leave their homes if it's for exercise, not socialising."

"We have set out clearly the rules. We have been clear in the exemption for the stay-at-home rule: we are permitting one person to meet another person for exercise."