Ireland is "on track" for cases of Covid-19 to reduce to 200-400 a day by March, according to deputy Chief Medical Officer Ronan Glynn.

In a letter addressed to Minister for Health Stephen Donnelly, Glynn said that while incidence of the virus is falling across Ireland, it is still "four times higher than in early December 2020 and 100 times higher than July 2020". 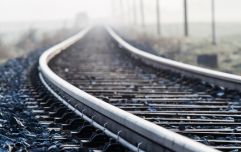 END_OF_DOCUMENT_TOKEN_TO_BE_REPLACED

He also said that the British variant is now dominant in Ireland, and that our situation remains fragile as a result.

The letter, which is dated 11 February, states that there are 32 open food production/processing Covid outbreaks – two of which are responsible for  more than 100 cases each.

Glynn concluded: "We are maintaining an extraordinary effort but still we have a long way to go."

These projections were released just hours after it was announced that Norma Foley is planning to reopen schools across the country from 1 March onward, while Ireland may still have 400 new cases per day.

It is understood that students with additional needs and Leaving Certificate students will be the top priority in any return to school.