Irish athlete debunks myth of "anti-sex" beds at the Olympics

Irish gymnast Rhys McClenaghan's debunking video has been shared by thousands of people.

For some reason, the subject of the beds at the Olympic Village in Tokyo have been subject to much discussion.

It's since organisers announced that athletes will sleep on bed frames made from recyclable cardboard, while the mattresses will consist of polyethylene materials that will be reused for plastic products after the Games. 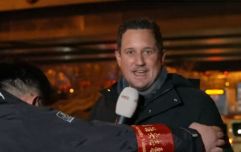 WATCH: Reporter dragged away by Chinese official during live report at the Olympics

END_OF_DOCUMENT_TOKEN_TO_BE_REPLACED

This led to various reports claiming that the beds were made of cardboard to discourage sex among athletes at the Games.

"Beds to be installed in Tokyo Olympic Village will be made of cardboard, this is aimed at avoiding intimacy among athletes," US distance runner Paul Chelimo tweeted Saturday, leading to a number of media reports on the topic.

However, there has been a response from athletes demonstrating just how robust the beds can be (not like that, get your mind out of the gutter).

Irish gymnast Rhys McClenaghan filmed himself bouncing on his cardboard bed to disprove the rumours that they would collapse under any strain. 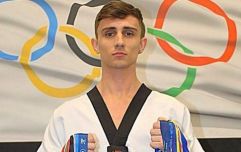 END_OF_DOCUMENT_TOKEN_TO_BE_REPLACED

"In today's episode of fake news at the Olympic Games, the beds that are meant to be anti-sex.

"They are made out of cardboard, yes, apparently they are meant to break under any sudden movements."

The 21-year-old from Newtownards in Down bounced up and down and proclaimed "it's fake news!"

“Anti-sex” beds at the Olympics pic.twitter.com/2jnFm6mKcB

The official Twitter account of the Olympics then thanked him for "debunking the myth" and wrote: "The sustainable cardboard beds are sturdy!"

Thanks for debunking the myth.😂You heard it first from @TeamIreland gymnast @McClenaghanRhys - the sustainable cardboard beds are sturdy! #Tokyo2020 https://t.co/lsXbQokGVE

popular
Netflix has just added an incredibly tense 97-minute thriller
Prime Video has just added 25 very big movies to its library
The Ultimate "That Actor From That Thing" Quiz
Stunning Mayo beach named the best place to swim in Ireland and the UK
QUIZ: Can you name all the counties in Ireland with an ‘N’ in their name?
WATCH: House of Hammer details the alleged crimes of award-winning actor Armie Hammer
The 50 most iconic songs of all time* have been revealed
You may also like
11 months ago
Donie O'Sullivan, The Script and Ireland's Olympic heroes among guests on The Late Late Show this Friday
1 year ago
Round up of the best tweets as Irish people all over the world celebrate Kellie Harrington's Olympic win
1 year ago
Emotional moment Kellie Harrington reacts to scenes from home as she took home Olympic gold
1 year ago
RTÉ issues response to "inaccurate and misleading claims" about its Olympic coverage
1 year ago
Olympian Abdalelah Haroun dies aged 24
4 years ago
Mo Farah posts footage of himself being "racially harassed" in airport on Instagram
Next Page