The 22-year-old, who is originally from Ireland, was waiting for a train at Times Square Station at 6am following a night on the town, when she stumbled and fell onto the busy tracks.

Downey, who now lives in Woodlawn, Bronx, managed to survive being crushed to death by three oncoming trains after she rolled into the small gap that sits between the different train tracks.

END_OF_DOCUMENT_TOKEN_TO_BE_REPLACED

According to police sources, Downey broke her shoulder after falling onto the tracks, but luckily for the Irish woman in question, that was the extent of her injuries… 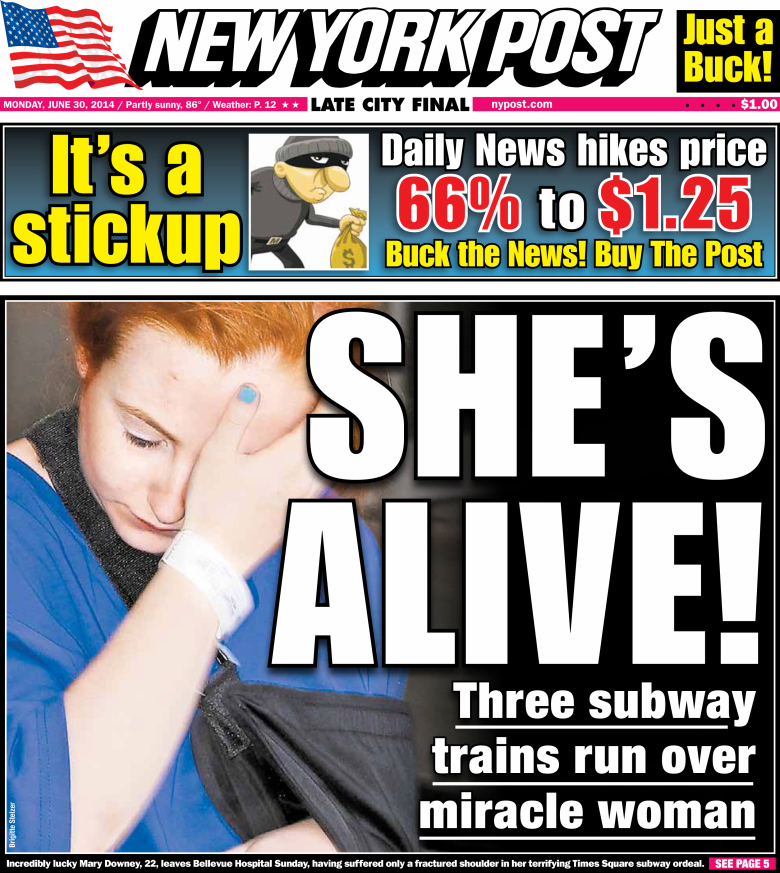 popular
The Last Of Us Episode Five will premiere days earlier in Ireland and UK
Amazon Prime Video has just added 21 big movies to its library
Shock as blues singer beats Adele, Beyonce and Taylor Swift to win Song of the Year Grammy
One of the best crime thrillers ever is among the movies on TV tonight
5 years ago, Hollywood took a massive gamble on a huge sequel... and lost big time
Ben Affleck's bored expression at the Grammys becomes a meme
QUIZ: JOE's Big News Of The Day Quiz #41
You may also like
6 days ago
Couple decide to live on cruise ship permanently after finding it's cheaper than paying mortgage
1 week ago
Princess Diana's former aide Paul Burrell reveals his cancer diagnosis
1 week ago
The most handsome man in the world according to science has been named
1 week ago
Man dies in the US after being shot by dog
2 weeks ago
Vatican investigating allegations of lockdown 'sex party' at UK cathedral
2 weeks ago
Andrew Tate to remain behind bars for an extra month as Romanian police extend detention
Next Page