The war in Ukraine is set to cause inflation rates to increase further again.

As the cost of living crisis continues to escalate, economic experts are now saying that Irish wages will struggle to keep up with the growing rates of inflation.

The Economic and Social Research Institute (ESRI) published the analysis in its Quarterly Economic Commentary for Summer 2022.

END_OF_DOCUMENT_TOKEN_TO_BE_REPLACED

However, the current pace of inflation means that on a real basis, wage rates are set to fall in 2o22, meaning Irish workers will be taking home less money.

Experts say, however, that if unemployment continues to fall below 4%, it will be a historic low for Ireland, which could mean wage rates rising again.

Inflation is set to increase further again in the country, with food and energy markets taking the brunt of the increase due to the ongoing war in Ukraine. 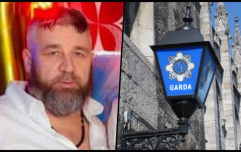 END_OF_DOCUMENT_TOKEN_TO_BE_REPLACED

Irish house prices are also set to fall by 2% thanks to changes in European Central Bank policy surrounding interest rates, although other factors such as lack of supply will continue to put pressure upwards on prices.

Despite significant challenges both at home and abroad, Irish economic growth is set to continue in 2022, thanks in part to a strong export sector.

ESRI experts believe that Irish GDP will grow by 6.8% this year.

“We still expect the domestic economy to grow strongly in 2022 and 2023," said Kieran McQuinn, one of the authors of the report.

END_OF_DOCUMENT_TOKEN_TO_BE_REPLACED

"However, there are significant downside risks to the growth outlook with greater inflationary pressures being the most pressing”.

Fellow author Conor O'Toole warned policymakers that "the challenge now will be to respond to higher inflation against a backdrop of tight labour markets and rising interest rates".

popular
WWE Tough Enough winner Sara Lee has died, aged 30
The JOE Friday Pub Quiz: Week 315
Welder awarded €15,000 for unfair dismissal despite admitting to drinking alcohol before work
Two arrested and charged over 2021 death of four-year-old boy in Limerick
Mrs Brown’s Boys creator Brendan O’Carroll hits back at "woke" critics
QUIZ: Can you name all the counties in Ireland without the letter 'L'?
Here's the line-up for this week's episode of The Late Late Show
You may also like
21 hours ago
Second man arrested in connection with fatal assault at Kerry funeral
1 day ago
Dublin Bus and boat involved in city centre collision
1 day ago
County where winning Lotto jackpot ticket worth nearly €9 million was sold confirmed
1 day ago
Man hospitalised after reportedly sustaining facial injuries in stabbing incident
1 day ago
Man arrested following fatal assault at Kerry funeral
1 day ago
One woman dead and four injured after separate crashes in Clare and Mayo
Next Page