"It probably only took 2 hours to crack him..." Kian Egan on allegations that CIA used Westlife song as torture method

Not a time for jokes.

The American Civil Liberties Union is bringing a case against the CIA for its treatment of prisoners in Afghanistan, and one particularly strange detail has come to light as part of the proceedings.

The ACLU claim that the people held by the CIA were subject to various forms of illegal torture, including the repetition of Westlife's song My Love interspersed with ”heavy metal, played on repeat at ear-splitting volume.”

Kian Egan went on The Eoghan McDermott Show to, as he put it, "shed a bit of light on the subject and have a bit of fun with it all." 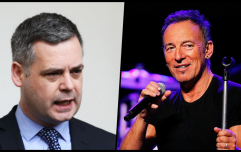 END_OF_DOCUMENT_TOKEN_TO_BE_REPLACED

Asked by McDermott whether Westlife would be owed any money for the CIA's use of their song, Egan laughed and mused that, "It probably only took two hours to crack the poor guy."

McDermott then reminded Egan that the issue was "ultimately very serious," before Egan, adopting a self-deprecating manner, reasoned that he could "understand why [Westlife] was used." 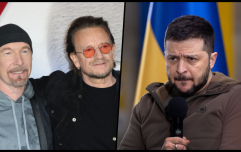 END_OF_DOCUMENT_TOKEN_TO_BE_REPLACED

All of this seemed inappropriate given the seriousness of the subject matter.

Suleiman Abdullah (later found to be innocent of any possible charges), is a man from Tanzania who was allegedly subjected to the torture in question - we encourage you to watch the video below in order to better understand the context of what Suleiman and people like him went through.

Clip via The Guardian.

popular
Met Éireann issues Status Yellow rain warnings for five counties
Calls for €20 social welfare increase and minimum wage of €13 in new Budget
16 brand new apprenticeship programmes launched to meet target of 10,000 apprenticeships by 2025
Wheelchair user dies after falling into the water at Dún Laoghaire pier
Amazon Prime Video has just quietly added 15 big movies to its library
WATCH: Colin Farrell could be up for an Oscar in true-life thriller Thirteen Lives
Woman receives death threats after posing naked inside dead horse
You may also like
2 days ago
Lizzo pledges $1 million for Planned Parenthood and abortion funds
2 days ago
Dave Grohl performs for the first time since Taylor Hawkins' death
4 days ago
We've put together the ultimate playlist for Pride Weekend 2022
1 week ago
Acclaimed traditional Irish guitarist Dennis Cahill has died, aged 68
1 week ago
The JOE Friday Pub Quiz: Week 299
1 week ago
UK lined up as host for Eurovision 2023 after organisers rule out Ukraine hosting
Next Page