"I'm certainly not going to say I'm not interested."

Fianna Fáil TD Jim O'Callaghan has said that now is not the time to change the leader of the party.

Speaking on Today with Claire Byrne, O'Callaghan said that, despite pressure on Taoiseach and leader of Fianna Fáil Micheál Martin, now is not the time for the party to change leadership, but that he would be interested in being the leader in the future. 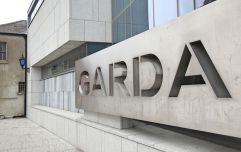 END_OF_DOCUMENT_TOKEN_TO_BE_REPLACED

He said: "Micheál Martin has my support, he is doing a good job. I want him to succeed and I want the country to succeed. I am willing to play my part.

"It would be an honour for any member of Fianna Fáil to lead the party. I can't predict the future. I'm certainly not going to say I'm not interested."

The Dublin-South TD has been touted as a potential candidate for the leadership of Fianna Fáil.

Speaking on the same show earlier this week, Ó Cuív said: "I do think we need a new leader, I do believe we need a change of direction."

When asked if Jim O'Callaghan could be a possible replacement, Ó Cuív said that there is "plenty of talk" ongoing within the Fianna Fáil party.

The Big Reviewski || JOE · The Big Reviewski with Y: The Last Man, that Malignant ending & a secret streaming service
popular
One of the most-anticipated movies of the last few years is finally available to watch at home this week
Government announces special €1,860 payment for laid-off workers during pandemic
Disney announces incredible line-up of premieres for upcoming Disney+ Day
QUIZ: Can you get 10 out of 10 in the ultimate Ed Sheeran lyrics quiz?
Two popular Dublin attractions will be returning this year
Body of woman found by walker on shoreline in Galway town
Jobs of an Irish stay-at-home parent calculated to be worth just under €50,000 per year
You may also like
5 hours ago
Body of woman found by walker on shoreline in Galway town
7 hours ago
President Biden warns trade deal must not derail peace in Northern Ireland
16 hours ago
Liam Gallagher cancels Belfast gig after helicopter fall
18 hours ago
Wednesday's Lotto jackpot is the second highest of all time
20 hours ago
"One person's rent is another person's income" – Varadkar rejects calls for three-year rent freeze
21 hours ago
Man (40s) in critical condition following serious road collision in Cork
Next Page