He died at home with his family following a short illness. 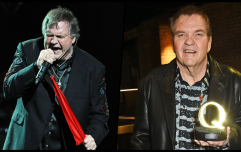 END_OF_DOCUMENT_TOKEN_TO_BE_REPLACED

Sherwin was synonymous with RTÉ's sporting coverage and worked commentating on eight Olympic Games from Munich to Athens.

He also worked on rugby analysis across radio and TV from 1970 to 2003 and commentated regularly on tennis for RTÉ.

He is survived by his wife Anne and four children, James, Ian, Cliona and John, along with 11 grandchildren.

popular
The JOE Friday Pub Quiz: Week 278
Covid Restrictions: What can we expect to see today?
One of the best action movies of recent years is finally available to watch at home
Hospitality groups insist they're ready and able to reopen fully this weekend
One of the most quoted scenes of all time is among the movies on TV tonight
Iconic singer and actor Meat Loaf dies aged 74
Here's the line-up for this week's Late Late Show
You may also like
17 hours ago
Man in his 60s dies after two-vehicle crash in Longford
19 hours ago
Man in his 80s dies after three-car crash in Galway
21 hours ago
Witnesses of indecent exposure incident during Ashling Murphy online vigil urged to contact Gardaí
1 day ago
Large crowds gather outside Tullamore courthouse as man charged with murder of Ashling Murphy
1 day ago
Man charged in connection with the murder of Ashling Murphy
1 day ago
Man charged after investigation into multiple robberies at Dublin train stations
Next Page