Biden called Floyd's family and said he was "relieved" with the verdict.

US President Joe Biden has said Derek Chauvin being found guilty of all three charges over the killing of George Floyd last May is a "giant step forward in the march towards justice in America".

On Tuesday, former police officer Chauvin was found guilty of second-degree murder, third-degree murder and manslaughter after kneeling for over nine minutes on the neck of Floyd, a black man, during an arrest.

Following the verdict, Biden and Vice President Kamala Harris addressed the nation, with Biden stating: "Today, a jury in Minnesota found former Minneapolis police officer Derek Chauvin guilty on all counts in the murder of George Floyd last May.

Please join me and the Vice President as we deliver remarks on the verdict in the trial of Derek Chauvin. https://t.co/gE87hnPyVp

"It was a murder in the full light of day and it ripped the blinders off for the whole world to see the systemic racism that's a stain on our nation's soul."

Both Biden and Harris praised Floyd's family for their "extraordinary courage", with Biden saying: "Nothing can ever bring their brother or their father back but this can be a giant step forward in the march towards justice in America."

He added: "Most men and women who wear the badge serve their communities honourably but those few who fail to meet that standard must be held accountable and they were today. One was.

"No one should be above the law and today's verdict sends that message but it's not enough. We can't stop here. 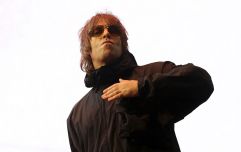 END_OF_DOCUMENT_TOKEN_TO_BE_REPLACED

"In order to deliver real change and reform, we can and we must do more to reduce the likelihood that tragedies like this will ever happen or occur again, to ensure that black and brown people or anyone don't fear the interactions with law enforcement.

"This takes acknowledging and confronting head-on systemic racism and the racial disparities that exist in policing and in our criminal justice system more broadly."

Biden also said he was "fully committed to restoring trust between law enforcement and the community they are sworn to serve and protect."

The US President and Vice President also called George Floyd's family, telling them they were "relieved" with the verdict.

President Biden and VP Harris call the Floyd family after the GUILTY verdict! Thank you @POTUS & @VP for your support! We hope that we can count on you for the police reform we NEED in America! ✊? pic.twitter.com/cg4V2D5tlI

Harris told them: "This is a day of justice in America.

"We really do believe that with your leadership and the President that we have in the White House, that we're going to make something good come out of this tragedy."

The Big Reviewski || JOE · The Big Reviewski with Y: The Last Man, that Malignant ending & a secret streaming service
popular
Aer Lingus announces flight sale as US to lift travel ban for vaccinated EU passengers
Cork City Centre described as a "no go area" after man pulled from wheelchair in violent attack
The Big Reviewski JOE Movie Quiz: Week 120
The weather for the week ahead looks very autumnal indeed
"Vile" and "homophobic" protest outside Leo Varadkar's home condemned by TDs
WATCH: Margaret Thatcher was briefly resurrected at the Emmy Awards
The 50 most iconic songs of all time* have been revealed
You may also like
6 days ago
Comedian Norm Macdonald dies aged 61 after battle with cancer
6 days ago
Apple issues emergency software updates after major security issue identified
1 week ago
SpaceX to launch first all-civilian crew into orbit
1 week ago
UK confirms planned use of vaccine passports in nightclubs will be scrapped
1 week ago
Seven must-see 9/11 movies and documentaries to watch right now
1 week ago
How TV stations across the world first reported the September 11 attacks
Next Page